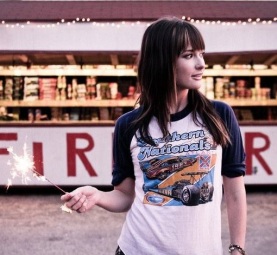 There’s been a lot going on during The Tin Pan South songwriter festival, but tonight, three rounds worth noting. First off, we’ve got John Oates, Kevin Griffin, Jim Lauderdale and Daphne Willis over at the Hard Rock Cafe ($15, 6:30 pm). Obviously John Oates is one half of the dynamic due Hall & Oates, who brought us “Sara Smile,” Rich Girl” and, of course, “Maneater.” Perhaps less obvious is Kevin Griffin, one-third of Better than Ezra, who you may think of every so often whilst cleaning out your 90’s mixtapes (remember “It was good living with you / ah – ha”?). Playing with newcomer Daphne Willis and bluegrass man and local legend Jim Lauderdale, this whole thing can only be explained as a real-life incarnation of a drug-induced dream Oates’ mustache had while on tour in 1995. Can you resist?

Over at Bluebird Cafe, a couple of young songwriters will comprise the “Fool Circle” round (Brandy Clark, Luke Laird, Shane McAnally, Kacey Musgraves). It would be worth stopping by to check out Musgraves, who is a Lost Highway signing and got the buzz machine cooking after her CRS appearance at the Ryman – her song “Merry Go ‘Round” is a take on settled, unfulfilled lives likely lead in her native Texas. Watch it after the jump. $12, 9:30 pm.

Last but not least, Ten Out of Tenn founding member and solo artist Trent Dabbs joins Ella Mae Bowen, Barry Dean, Natalie Hemby at The Rutledge ($10, 6:30pm). Most recently he’s been one half of Sugar & The Hi Lows. It’s worth taking the chance to catch him now, or check him out here.

Musgraves singing “Merry Go ‘Round” at The Ryman: