Skip to content
L/S spoke with Bear's Den's Andrew Davie about the band's upcoming US tour and their need to continually progress as artists.

Bear’s Den has run the gamut of band-dom over the span of their five-year career. From their first EP Agape, to their debut LP Islands, to their most recent full-length release, Red Earth & Pouring Rain, Bear’s Den has managed to overcome a handful of obstacles and blossom into one of the most impressive live acts on the tour circuit today. 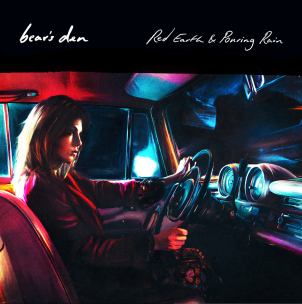 Ever since the band took YouTube and indie-folk by storm with stirring live versions of “Agape” and “Isaac,” Bear’s Den has seen its fair share of shake-ups and pivots. Founding member Joey Haynes is no longer with the band, but that didn’t impede remaining original members Andrew Davie and Kevin Jones’ ability to keep creating music unique to Bear’s Den.

As any Bear’ Den fan will tell you, the first thing about the band’s music that pulls you in is the harmonies from Davie and Jones. From the early acoustic videos to Red Earth & Pouring Rain, Davie and Jones has continued to harness their vocal exceptionalism all the while expanding upon the overall sound of the band. As Davie explained, “We tour with six people on the road. It just makes what we created on the record much more real with more people. Its gives us lots of different options.”

So where early Bear’s Den shows may have been a little more bare bones, the current live iteration of the band is far from that. Virtually everyone on the tour has become a multi-instrumentalist, but to Davie, he believes the nebulous and amorphous nature of their live sets force them to “continue progressing as performers.”

Furthermore, Bear’s Den have challenged themselves outside of the live realm and restructuring of the band with a new cover series. Fans can request a song by any songwriter or band from where they live, a song about the place or anything that links music to the city of their shows. It’s a challenge that seems to really force Bear’s Den to hone their own sound all the while paying homage to their tour stops’ respective musical history and in turn connecting further with fans. 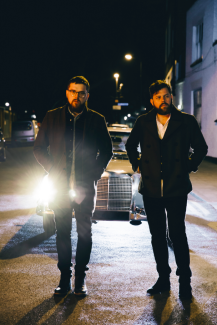 With regard to Bear’s Den’s recent changes in structure, Davie also attests that each tour run following a new release “helps each shift make more sense. We’ve always been a live band, focused on performance, so the show is always evolving and changing and growing.”

While most bands might seem averse to any significant changes in structure – like going from a three piece to a six piece on live sets – Bear’s Den seems to have embraced their newest scenario with open arms. According to Davie, its become apparent that any initial trepidations the band had about expanding their live sets was nothing more than silly and illogical fear. “Its been pretty overwhelming. We feel like we’re really lucky to have fans that let us tour all over the world. It has been absolutely amazing to play the new music. Its been more than we ever could have imagined.”

This current North American run for Bear’s Den will be their heaviest run through the US in support of Red Earth & Pouring Rain, but with the “interesting” European shows setting a high bar for Bear’s Den, Davie is excited to tour through the US. “There’s not much difference between playing in the UK and playing in the US, except that American audiences usually show their appreciation more than the UK or Europe.”

All in all, Bear’s Den’s tour seems like its poised to help Davie and co. reach that “next shift” in Bear’s Den’s current state, as Davie says “Its important to play live. The best thing about it is that you’ve built an album and it evolves on the road, and helps you move on to the next thing.”