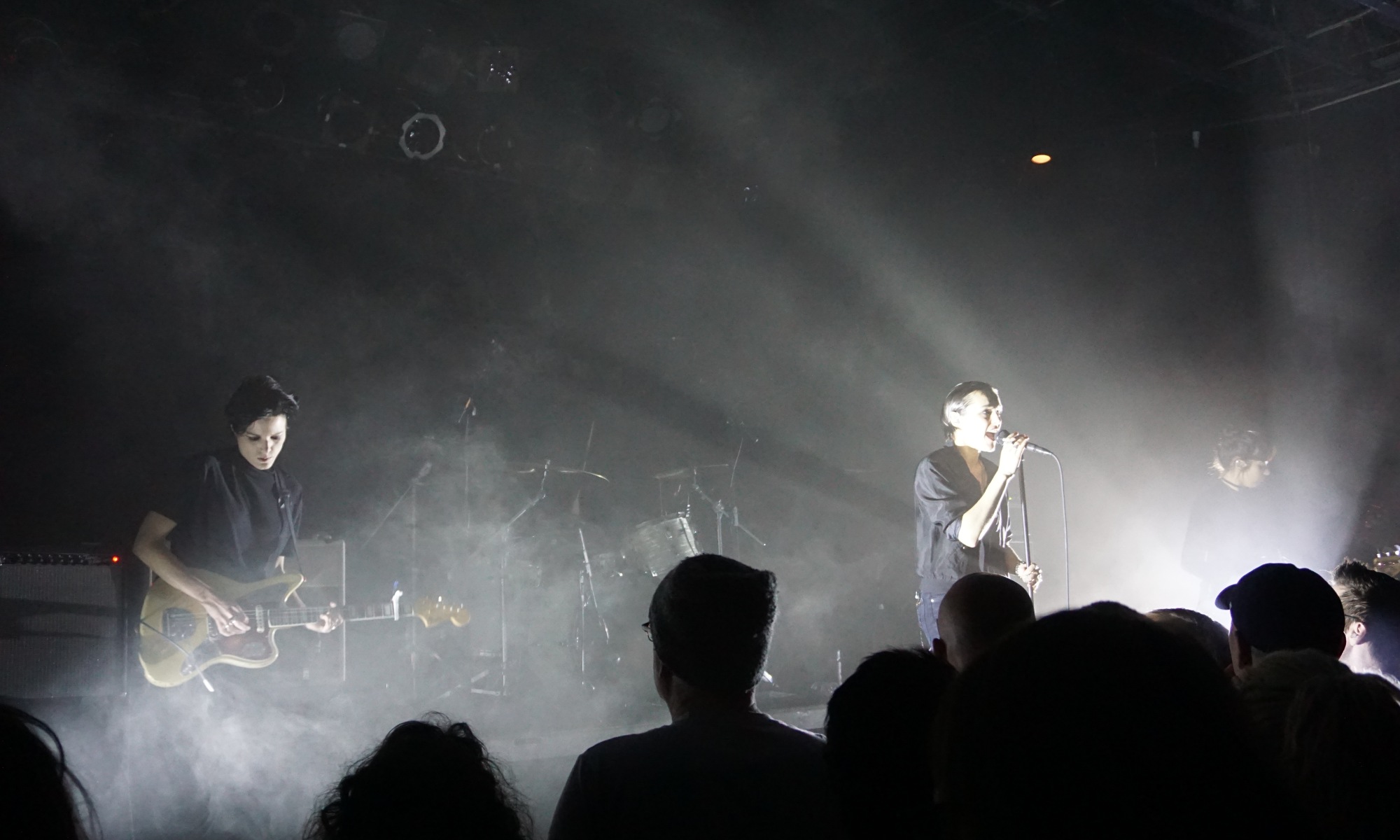 Sean talks why the recent Savages show at Exit/In tops the list as one of his favorites that the venue has hosted all year.

Prepare yourself for yet another droll (but necessary) overstatement by yours truly– London based noise-rockers Savages may have put on the best Exit/In show of 2016. Despite my disclaimer, I have absolutely no qualms asserting that Jehnny Beth and her post-punk cohorts leveled the Exit/In stage Saturday night with their barrage of sound and madcap bravado. Even with my acknowledgement of certain “overzealous” reactions to live shows, I cannot express enough just how exceptional Savages’ set was – pure, unadulterated PJ Harvey-meets-The Buzzcocks-meets-Siouxsie and the Banshees on speed – as Jehnny Beth shimmied every which way, whipping the crowd into a revelatory frenzy virtually long forgotten at non-Infinity Cat Nashville shows.

A wave of sound courtesy of the noise-grind super group Head Wound City – featuring members of The Blood Brothers, Yeah Yeah Yeahs, and The Locust and Holy Molar – preceded Savages’ set, priming a near capacity Exit/In crowd to fully experience the rush of blood that is a Savages show. During the interim between Head Wound City and Savages’ sets, I talked to a couple of my fellow show patrons, casually discussing favorite tracks from Adore Life, the over/under of how long it takes for Jehnny Beth to infiltrate the audience, and whether or not this crowd looked inclined to mosh (for my camera’s sake, I prayed they didn’t). All are serviceable conversation topics at a Savages show, sure; but there was one individual I chatted with prior to Savages’ set who was particularly engaging – Scotty.

While awaiting Savages’ entry into Exit/In, an older fellow in a yellow shirt and a pair (do overalls come in pairs?) of well-worn overalls approached me and inquired (paraphrase incoming), “Hi, I’m Scotty. What’s this band like?” Admittedly, I had yet to have seen Savages live – so gleaning what I could from the handful of YouTube videos that served as “research,” I told my conversation partner their live show was “unparalleled.” Scotty seemed pleased, and replied “Good, cause I came down all the way from the sticks of Owingsville, Kentucky with my brother. I haven’t been to a show since the 70s.” In that moment, I prayed (overdramatic, sure, but beside the point) that Savages wouldn’t let me (or Scotty) down.

In short, they didn’t; they detonated my hasty prediction like a stick of dynamite drenched in acetone.

Everything about Savages’ set was seamless – well oiled, finely tuned, and boisterous through and through. Fifteen minutes or so following Head Wound City’s set, the crowd began to grow restless in eager anticipation for Savages incumbent arrival, and in an instant they assumed the stage like warriors on the wings of Valkyries (weird Norse mythology reference – check). The once dim and increasingly Exit/In crowd morphed into a feverish and anticipatory throng of subjects, awaiting their command from the doyennes of post punk.

From the onset, Savages’ live show exceeded any and all expectations of how it would be to witness their stage presence in person – Savages opened with “I Am Here,” (fitting song title), and Jehnny Beth wasted no time exhibiting her frenetic proclivities upon the Exit/In stage. Her presence never sacrificed control in the name of stage antics or histrionics; it was unabashed, but totally within her control at all times. She would stop to acknowledge the crowd (much to the crowd’s excitement) and subsequently begin to recite what seemed to be personal manifestos – simultaneously realizing that Jehnny Beth is French – before guitarist Gemma Thompson would drop into the most tasteful of brief noise rock thrums and the band would jump right into “City’s Full” or when Jehnny Beth would feign fear that the crowd was beginning to lose interest – “You’re not bored are you?” after an onslaught of impeccable post punk and noise – before another pre-song manifesto drop into “I Need Something New” (a track where Gemma Thompson’s guitar work steals the show, incredible slides and sound manipulation).

One of Savage’s standout tracks in the band’s entire discography is “Hit Me,” and in the Exit/In show, it was a memorable moment in which Jehnny Beth made her way into the crowd for the first time (13th song in the set, for those keeping the over/under), sending the crowd into a reverent mania (oxymoron alert). As if the show hadn’t been transcendent enough, after Jehnny Beth had morphed the crowd into a proto punk aberration, they played the best track of the set, “T.I.W.Y.G.” (a track that lets Ayse Hassan and Fay Milton run as wild on bass and drums as their front woman) , thus securing the fate of not only an exceptional show, but also the best show at Exit/In (at the very least) in all of 2016. After the show, I ran into my new pal Scotty and asked him what he thought about the set, which he described as “the best damn thing he’d ever seen.” So there you have it, best Exit/In show of the year AND the best damn thing Scotty had ever seen.