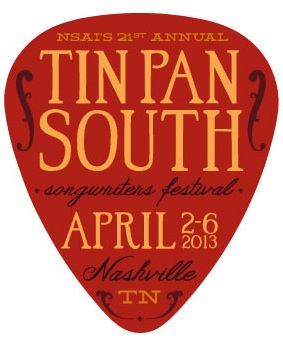 It's a songwriter town, alright.

“If you want to be good at anything, you have to work hard at it. It doesn’t just fall from the sky.” 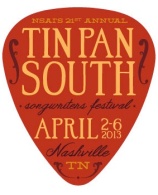 * TIN PAN HIGHLIGHT /// Brandy Clark, Shane McAnally, Josh Osborne, Jake Owen at the Listening Room ::: Brandy, Shane and Josh are all talented songwriters in their own right, crafting works for both themselves (Brandy as a solo artist, Shane for the likes of Miranda Lambert and Reba, Josh for his band the Brothers Osborne) as well as a collective unit – the trio, along with Luke Laird, is the team responsible for working with Kacey Musgraves on her excellent debut Same Trailer, Different Park. Playing in the round along with country singer Jake Owen. 6:00 p.m. Full Tin Pan lineup here. 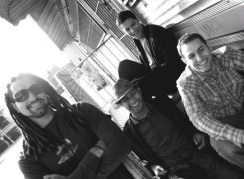 * New Madrid with Faux Ferocious & Christopher Wild at The High Watt ::: New Madrid is a band that calls Athens, Georgia home, although they originally hail from our Tennessean landscape. “Yardboat” is an album replete with textured dimensions; between meticulous guitar lines and echoing harmonies, the band stitches a creative patchwork between country-folk undercurrents, alternative compositions, and heavy rock progressions. Tonight they return to Tennessee, playing at the High Watt with Faux Ferocious and Christopher Wild. – EK

* Frank Fairfield w/ Loney John Hutchins at the Stone Fox ::: Frank Fairfield, though from Los Angeles, sings with an old-time warble so raw and true it’s a shame to dismiss him as just another pop-fiddle-revivalist along the lines of Mumford & Sons, because the exact opposite is the case. He’s a revivalist alright, but there’s no pop interpretation to be heard: what he makes has more in common with G.B Grayson or Fiddlin’ Arthur Smith than any modern incarnation of Appalachia.