There is something therapeutic about getting your hair cut or colored, or, maybe I treat it like a semi-free therapy session I attend every six weeks (so they recommend). For one, you get to talk to a creative, almost always in possession of brilliant tastes and uncensored wisdom, for at least 45 minutes, and you get to dish about the terrible (or terribly wonderful) date you went on the other week or daydream about your career or even share the ideas bubbling in your head as you sit still and ‘straight ahead’ in a salon chair. But almost more importantly, you subject yourself to change. Sometimes that change is the reset to the cut you had six weeks prior because it brings you back to your centered self, but sometimes it’s that drastic change that rattles awake that self you’ve been dying to showcase to the public eye. Maybe I say all this because I recently colored my hair for the first time and feel a resurrected spirit, one that loves to live in neon shadows and bathe in spotlights and consume bottles of texture spray. But ultimately, I do believe this kind of interaction is an opportunity for community and self-care. 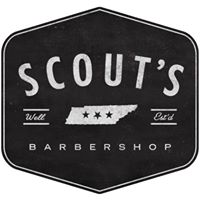 I think Brooke Allison would agree. She’s the kind of chick to cross many state lines to open a yoga studio in East Nashville just because she noticed the area was lacking in options, and she’s the kind of shape-shifting, community-building energy that decides to open a barbershop to turn clients into friends and strangers into neighbors. “I noticed a lot of gaps in Nashville, and I wanted to provide a space that’s welcoming, a place to meet your neighbors,” says the Washington-state native in reference to her bustling business, Scout’s Barbershop. Opened with a dear friend from Austin, Scout’s found its home in East Nashville, cozied up to Brooke’s first business in town, Hot Yoga East, and with its intention to offer a “laid-back, high-quality experience and fun vibe,” it’s no surprise that the business is expanding into what she refers to as “that neighborhood barbershop that serves all of the people here.” This Sunday, March 12th,  is the grand opening of Scout’s Barbershop’s Gulch location, a very appropriate locale to serve you local brews (coffee and beer) while you freshen your look and converse with fellow dwellers. To make the occasion even more festive, Scout’s will be celebrating from 12pm – 8pm and will be providing free cuts (or chops, if you will), Little Harpeth beer, Barista Parlor Coffee and Five Daughters donuts. And to sweeten the day, Republican Hair will perform at 7pm, welcoming Scout’s to their new home at 811 Gleaves Street.

Whether you prefer the suave parts of a rockabilly doo or the dirty roots of 90s grunge, Scout’s will carve out a space for you to come to life and meet others doing the same. And because it seemed like a fitting list for this now-Nashville resident, check out Brooke’s Nashville Five on her favorite rock-and-roll hair moments. Not mentioned below: her love for Dolly Parton, but that fact alone deserves an honorable mention.

1.) Elvis, with his pompadour and side-burns, influence men’s (and women’s) hairstyles for generations to come. Though Elvis came from period when pompadours and slick styles were common, he wore his with a loose swagger and impeccably groomed black hair. Speaking of his black hair, this was from L’Oreal’s formula. Elvis was naturally blonde but had his hair dyed every 2 to 3 weeks.
2.) The Beatles rocked the classic shaggy mop top look, changing hairstyles worldwide. In an early explanation as to the origin of the Beatles haircut, George was quoted as saying that he came out of the swimming baths one day, his hair had fallen down over his forehead, and he just left it that way. Each of the fab four had their own story behind their hair but they soon became the “four mop tops.” Besides the obvious Beatles wigs, the Fab Four cottage industry also spawned Beatle hairbrushes, Beatle combs, and Beatle hairspray.
3.) The Sex Pistols (and punk rock bands in general had the liberty spikes and multi-colored styles), which completely changed things again from the long-haired hippies of the 70’s. Mohawks are definitely still a thing, embraced by both men and women. It may require an entire can of hairspray but it’s totally worth it to look and feel like a badass! Multi-colored, bright hair is also back (or still) in style with Fantasy Colors that are available now at Scout’s! 😉
4.) Sinead O’Connor with her shaved head. Need I say more? The original ‘no f’s given’ about hair rock and roll lady. Inspiring to anyone? Demi Moore as GI Jane, Natalie Portman, Brittany Spears, Cate Blanchett, Solange, Charlize Theron, and all of those who have shaved their heads to support a friend or family member undergoing chemotherapy. Yes Sinead, you helped the world be a better place with your shaved head!
5.) Kurt Cobain and Courtney Love with their grow-out bleach blonde grunge doo’s. We have learned from you that it is acceptable, and even stylish, to not wash your hair or maintain those roots. Many of us have embraced this and many other genres of styles inspired by rock and roll greats! 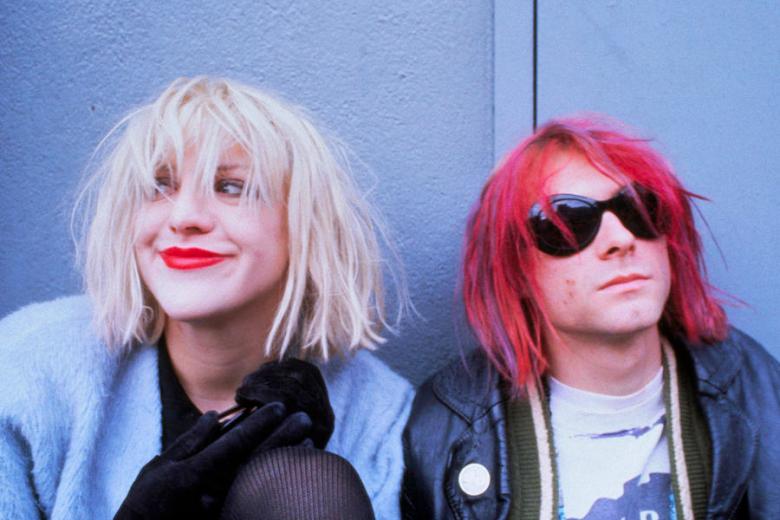