Skip to content
We asked songwriter Luke Dick to rattle off a few of his Nashville favorites - including, naturally, where to buy single condoms and 87 kinds of beer with your Charleston Chew.

I saw a conversation on Facebook recently between some friends, regarding Eric Church and his most recent record, Mr. Misunderstood. I won’t screenshot it to protect the identities of the guilty, but the gist was this: that it’s a record that is actually good, for mainstream country, emphasis on “actually.” To be honest, that’s the most boring way to think about music there is – nothing is good or bad just because it’s mainstream, it’s good or bad because it’s good or bad and it’s good or bad because it’s either honest or bullshit. And, newsflash, it’s pretty rare that any music is bullshit, even if it’s spun by some folks in trucker hats on Music Row. You may not like it, but I’d be damned if Brantley Gilbert doesn’t really believe in the songs those wallet chains click to. Say what you want, but the dude is committed. 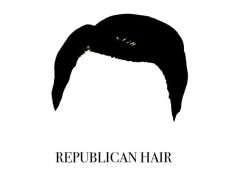 Anyway, Mr. Misunderstood is a terrific album from any angle, and Luke Dick is one of the reasons – he’s a co-writer on “Kill A Word,” which tested the genre’s limits by questioning our empathy and consciousness through (gasp) language, as well as tracks for Miranda Lambert and Kip Moore. You could credit some of his creativity from an upbringing quite unlike most, spending his first five years in a strip club with his dancer mother, but a mind this weird and wild often comes from a deeper place than simply circumstantial. Just take a look at his band, Republican Hair, which he fronts when not helping some of country’s biggest names shape their songs – it’s punk with an eighties sheen, and if you listen closely enough it’s a damn fun time to draw the lines between songs like “Magic” for Kip Moore and their tune “I Don’t Care.” It’s a fingerprint both malleable and strong, the way the best of them are. Learn more about Luke here.

Catch Republican Hair on Sunday, March 12th, at the grand opening of Scout’s Barbershop‘s new Gulch location. Festivities run from 12 pm – 8 pm and include free cuts, beer from Little Harpeth, Baritsa Parlor Coffee and donuts from Five Daughters, along with a performance from Dick and his band at 7 pm. The new location is 811 Gleaves Street and, truth be told, I have a mighty soft spot for Scout’s. It’s the only place I can go to get my 3-year-old’s hair cut while I drink a beer while chatting with their lovely staff, and that is a wonderful thing indeed. Get a trim, get a blowout, but don’t dare ask for the Mitch McConnell. Shit will get real fast.

To celebrate their new shop and Sunday’s performance, here’s a Nashville 5 from Luke and the only kind of good republican hair, his Republican Hair.

1.) 4-Way Market – This store should have its own show.  Of all the entertainment in Music City, I’d let it ride on the 4-way.  Mo the owner might have the most absurd sense of humor in the state–throw in the long-haired side-kick and a tiny terrier, and it’s comedy gold.  If you’re looking for a real bodega, where you can buy single condoms and 87 kinds of beer with your Charleston Chew, this is the place.  The prices may fluctuate in the same day, but that’s part of the charm.
2.) Hermitage Strike and Spare – Seems like bowling is a sport of a bygone era.  The good news is, that means no lines.  They also have bumper cars and one of those gyroscope rides, in case you want to take in some nachos and beer and then dance with the devil. Tired of reading the news? Wanna bury your head in the sand?  Fuck it, dude.  Let’s go bowling.  P.S.  Indoor go-karts next door.
3.) Lipstick Lounge – This is not for the karaoke faint of heart.  Every theater major in a hundred mile radius knows about this place, so if you don’t have a show tune as sparkly as Charo’s tiara, take your ass to Twin Kegs.  I’d recommend going on your birthday, because Jonda will sing to you like you’re the next Miss America and give you free booze. Pro tip: darts upstairs and you might could smoke weed up there.
4.) Cumberland Hardware – Mainstream quaint right in midst of 5 Points, this place seems like a strange relic.  But when I get the itch to do some street art, this place has all the Krylon I need–Banksy meets Norman Rockwell.  They’ll also order anything for you–toilet flanges or rat traps for a fair price.  I’d recommend buying a sled mid-summer.  You’ll be sorry if you don’t.  They also have two cats–one is mean af.  I can’t remember which is which, so just pet them both and sort it out yourself.
5.) Scout’s Barber Shop – Tired of Super Cuts inconsistency?  I came up looking like a Q-tip once and swore off them.  Scout’s did me right and gave me a beer, then sold me some of the best smellum I’ve ever smelled, without putting me in debt.  Not only that, they cut homeless folks’ hair for free and raise money for the greater good.  High and tight every time.