Skip to content
Kevin Devine came through town just before Thanksgiving to help folks air out their political frustrations as of late, in what was one of 2016's best headlining sets at Basement East. 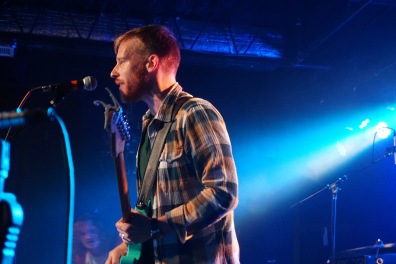 Music – more specifically, indie music – has long been a bastion of inspired (and at times, enlightened) social thought and progressivism. Such a notion might not be a readily surprising statement, considering there have been some musicians in the past that have – for lack of a better term – shown their proverbial asses in their willfulness to express their own thoughts on behalf their aforementioned (and more) progressive counterparts, but with the recent (and growing) social and political unrest that’s become more and more prevalent throughout modernity, music as a platform for progressive thought is arguably more important than ever.

While one should always make decisions on their own – and hopefully rarely (see: never) deride the opinions or beliefs of others – sometimes such an endeavor can be, well, difficult. That’s where one’s favorite band or favorite artist might come into play – to serve as a proverbial starting point – as a template for more malleable minds to observe and in turn alter in order to best serve their own self interests and the interests of those ideals most important to them.

So in a time of great upheaval within the social consciousness of America, live shows/concerts are becoming more imperative than ever when it comes to like minded people convening and celebrating such a fact (in a positive light) through the direction (but in a laissez faire manner) of a headlining performer. Better yet if the headlining performer has made a name for themselves as a more politically charged, socially aware performer, someone along the lines of indie bard Kevin Devine.

Following two raucous opening sets from Petal and Pinegrove, Devine broke the alliterative band name trend with some much needed indie progressivism, which in turn capped off an altogether conscious evening of rock and reality within the confines of the Basement East. Touring in support of his most recent release Instigator, alongside his well vaunted “God Damn Band,” Devine opened up the set with a solo run of Leonard Cohen’s “Chelsea Hotel #2,” in memory of the recently passed Canadian song scribe. After a brief in memoriam of Cohen and his immeasurably impact upon both Devine and his contemporaries as a whole, the God Damn Band made their way onto the stage for the first time that evening, and the band jumped into a relative deep cut, “Just Stay,” off his 2009 record Brother’s Blood.

“Just Stay” made way for a more enlivened string of songs following Devine’s heavy (yet tasteful) tribute to The Lord Byron of Rock n Roll (Cohen), and ran through high energy takes on “She Can See Me” and “Instigator,” bringing a highly interactive (and enthusiastic) crowd to the edge of mosh, before bringing the room down with a deft touch and an appreciative sentiment. Devine took a moment to express his gratitude to the Basement East and the city of Nashville as a whole for allowing him to play somewhere other than the Cannery Compound. He then took a moment to illumine the fact that the Basement East’s green room greatly resembled the same 70’s sensibilities that his Brooklyn apartment shared, and much enjoyment was had between Devine’s reminiscent musings and the crowd’s attentive ears.

Having properly captured the audience’s attention (as if the music was not enough) Devine took a moment to preface his next song, “No Time Flat,” a song that was apparently ‘from 2004 and kind of a sex song that gets interrupted by a war song. But I feel like this year its become more and more present, kind of like making the choice between eating a piece of cardboard and eating a razor blade.’ Naturally, the dexterous analogy for the recent election comings and goings was met with much fanfare, but the song was surprisingly poignant and shared quite a sense of foresight in terms of the song’s relation to the 2004 Iraq conflicts while being totally applicable to more recent political proceedings.

And thus commenced a more cognizant, more aware, more realistic portion of Devine’s set, ultimately capping off a wholly necessary evening of music and progressivism, in the fact that much like Petal and Pinegrove before him, Devine took the time to express his thoughts and perspectives with the audience, but never impune any views that might become otherwise averse. Instead, he presented songs like “Both Ways” with simple quips – ‘This song is for our president elect and anyone else who stands in the way of people and letting them be people’ – and “Freddie Gray Blues,” all the while maintaining a presence of positivity in an otherwise perilous time of social haze and confusion. If more bands can approach their more pertinent platforms with an ounce of dexterity and deft touch as Devine managed to do in his Nashville stop, then music an progressivism will become stronger than ever in the next four years. 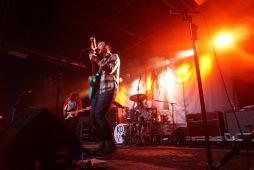 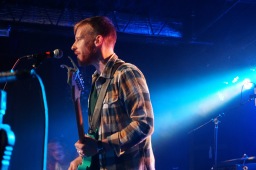 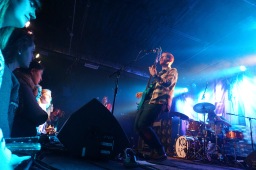