We tick down all the shows you shouldn't miss this week - from Julien Baker to Robert Ellis to Ra Ra Riot returning to Nashville and rocking Exit/In.

As if a Bully/Diarrhea Planet/Twin Peaks/White Reaper/PUJOL topline weren’t reason enough to get stoked about the seventh installment of Freakin’ Weekend (taking place from Thursday to Saturday at Exit/In, The End and Fort Houston), East Nashville’s premier DIY/all-ages venue Queen Ave Art Collective is hosting a pre-party this Tuesday with two of the most buzzed about bands in punk rock. Philly-based Sheer Mag released their third EP just last week, and the bilingual Downtown Boys’ Full Communism was one of the most rightfully acclaimed debut records of 2015. Local bands Brothers and Shadraq open. $10. – Kevin B.

Robert Ellis at the Basement East on 3/8

We used to be able to claim the incredibly talented Robert Ellis as our own, but lost him recently to the lure of my hometown of New York City. As much as that pains me, I understand – while the Texas-born singer has strong roots in country and a twang to match, he’s been pulling lately more from the streets and sidewalks of jazz icons like Ornette Coleman and folk legends like Paul Simon than the Lone Star plains of his youth. Robert’s a virtuoso like few others – it’s truly beguiling to watch his hands work the neck of a guitar – and not to be missed when he appears in his former city on 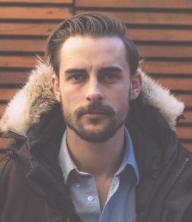 our side of the river at the Basement East. –  MRM

Julien Baker at Exit/In on 3/9

When we featured Murfreesboro-based, Memphis-originated musician Julien Baker on our monthly video session back in December, she had just recently released her brilliant debut record Sprained Ankle. Since then, she has gone on to land lucrative opening gigs with bands like The National and TORRES and festival slots across the globe, all before even embarking on her own solo tour in support of the record. That route finally circles back to Nashville this Wednesday, with Ryan Azada and Bandit opening. $10/12 DOS. – KB

If you’re looking for a great counterprogramming option for the first night of Freakin’ Weekend, check out the chamber ensemble Chatterbird’s performance at Emma Bistro downtown. This month they will be performing a special arrangement of tUnE-yArDs’ “Water Fountain” and a piece involving sheep noisemakers, among others. $10/15 DOS. – KB.

It’s been a long time since I’ve been in high school, but I’m not going to let something as simple and inconsequential as the crushing progress of time stop me from making good on those younger desires to hum along to songs from Ra Ra Riot’s 2008 debut record The Rhumb Line. They also just recently released a new one called Need Your Light. Baltimore-based whirling dervishes Sun Club and Brooklyn’s premier queer punk duo PWR BTTM comprise what might be the best two-band opening bill to come through this town in 2016 so far. $15/18 DOS. – KB