The Electric Hearts are back, with an exciting new "Soundtrack" that toys magically with melody - check out the exclusive premiere of their video here. 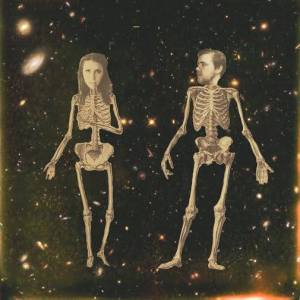 A “soundtrack” is an emotional noise-catcher, capturing thoughts and feelings and indescribably transforming those reactions into narrative sound. And The Electric Hearts, recently reinvented as a duo by Jessie Breanne and Jon Keller, would describe the word as their soon-to-be-released full-length. But by the nature of the word, their album is a sensory embodiment of the title, and it seemed only fitting that it was fleshed out and recorded at the Belcourt Theatre. They recorded in the hours between midnight and light, and that eerie, velvet energy of the room bubbles to the surface of each song on the album. There are ghostly echoes, sound layers and white noises; and combine these elements with their dark and dynamic melodies, and the album is an elixir for those unable to articulate the tangled mess caught in the catcher.

The Electric Hearts’ video for “Soundtrack” not only allows the music to be the accompaniment for a brief film, but it also exposes the song’s impressive ability to personify the contradictions of the film. There is a priest who secretly drinks and hypocritically preaches to his congregants, a river baptism that looks more like a drowning and black mascara dripping down the face of a woman in white. And all of this visibly aligns with the hums and drones underneath Jessie’s bewitching voice and the juxtaposition of musical ascension that ends in a hushed release. It’s everything a soundtrack should be: an ineffable conjuring of lyrical sound. And with or without the visual aid, the duo can create something quite indescribable.

Soundtrack comes out tomorrow, and if you’re as eager as I am to hear the album come to life, you can head to the Belcourt tomorrow night to watch The Electric Hearts debut their new material on the very stage they recorded the album. And to hold you over until then, take a peak at the video for their closing and title track.