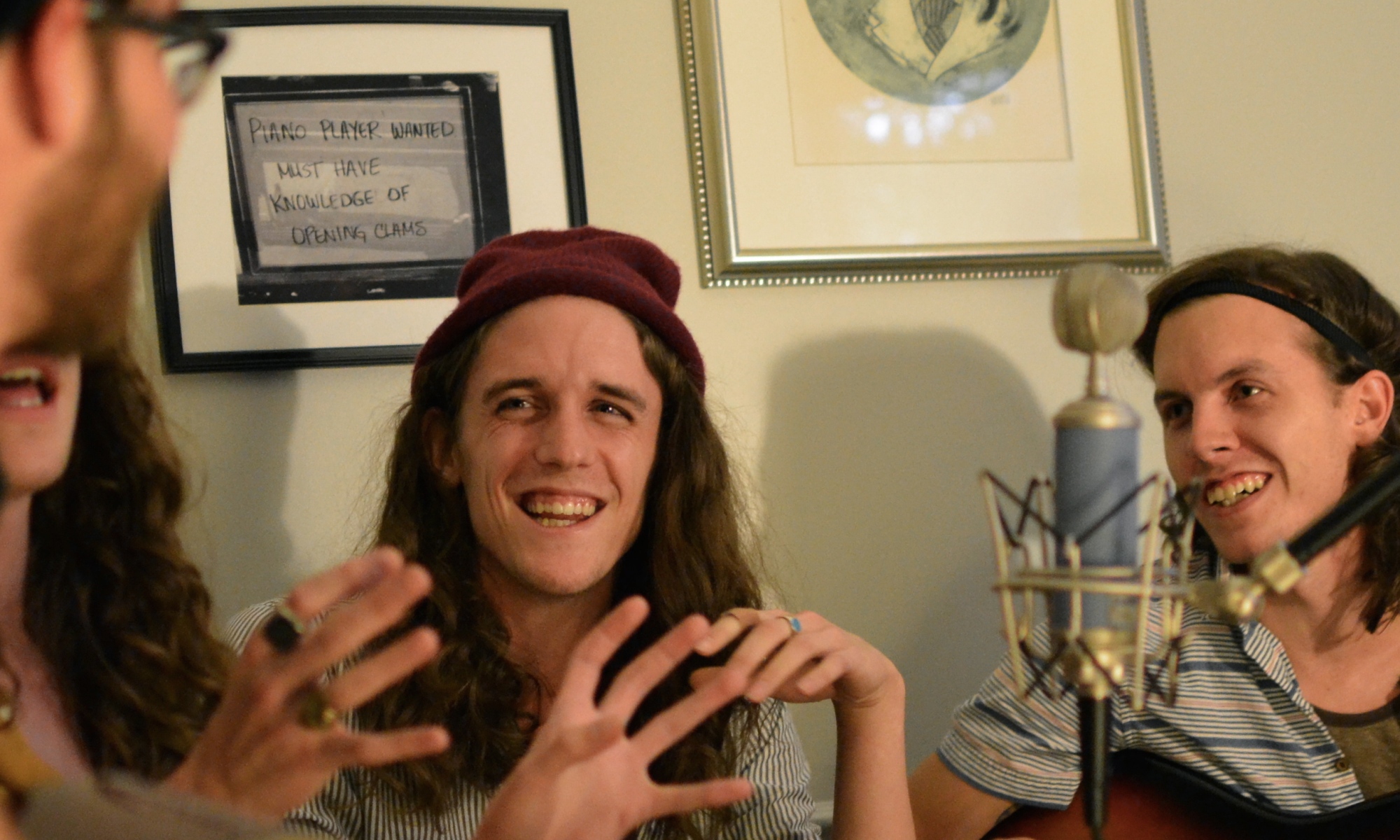 We caught up with local favorites The Weeks at the first annual SoundHarvest festival to talk Mississippi, paying their dues and brotherhood, from all sides.

On a beautiful autumn afternoon in Nashville, TN, The Weeks took the stage for their 2:30 P.M. set at the inaugural SoundHarvest Music Festival. With the majestic Parthenon showing off behind them in Centennial Park, the five-piece brought full rock and roll energy at a time of day that most people would say is better for apple picking and pumpkin spice lattes than a rock show.

Sitting down with them afterwards, they were, justifiably, drained. “You have to build up so much adrenaline for a daytime set,” said lead guitarist Samuel Williams. “Afterwards it’s just like…a crash.”

If I were a member of The Weeks, I’d be burnt out too—in a good way. The four original members—Williams, lead singer Cyle Barnes, his twin brother and drummer Cain, and bassist Damian Bone—moved to Music City in 2010 from their hometown of Jackson, Mississippi. Since the relocation, life has been pretty crazy for the childhood friends. They quickly found a management team in Nashville, and not long after, signed with Serpents and Snakes, the label founded by members of fellow Southern rockers Kings of Leon.

Besides the cache of teaming up with Kings of Leon, The Weeks fully acknowledge that KOL have been fantastic mentors and role models for them. “They’ve been incredible to talk to,” said Cyle. “They just know how [the] music [business] works.” Like The Weeks, Kings of Leon were also raised on rock and roll in the Deep South, fancy long hair, and are also a band of brothers. (Literally) It would have been criminal for them to never find one another.

With a management team, a label, and likeminded musicians around them, it seems like moving to Nashville is the best thing The Weeks could have done. Making it even better is the fact that they’ve found huge fans in Lighting 100, Nashville’s largest station promoting indie and underground rock. The station began spinning The Weeks anthemic, groovy tune “Brother In The Night,” and this helped elevate their status in the Nashville rock scene.

Being good ole humble Mississippi boys, however, The Weeks (wisely) never let any of their early acclaim to go to their heads. “We knew that there were a lot of great bands in Nashville,” said Williams, a natural conversationalist and the band’s most vocal member offstage. “We came here and said we’ll play for anyone, anywhere. We paid our dues in Mississippi and wanted to do the same here.”

You’ve got to admire the humility, but the reality of the situation is that The Weeks have got “the goods,” so it’s no surprise that they’ve made heads turn and ears perk up. “Brother” in particular is one of the more creative songs you’re going to hear on the radio nowadays. In it, Cyle tells the eerie tale of two brothers engaged in criminal activity across the dirty south whilst being chased by the fuzz. “Almost killed us in that city, it was far too close to call/so we put money in the bags, ripped wanted posters off the wall.”

It’s an imaginative concept, and when performed live, the band captures the all of the intensity and absurdity that was likely present during the writing process. I didn’t formally ask them this during our sit down, but I’d wager my record collection that the Barnes brothers are not actually robbers living on the lam. What we are looking at here is an inventive lyricist in Cyle with a band that gets him so well that they can find the perfect music to go with his folk tale.

On stage, the tight knit relationship between the band’s members is obvious. They’ve been friends since high school, and it was always music that bonded them. When you look at all the success they have found, it’s obvious that they are working hard, yet when they are up on stage, they just look like four buddies jamming. When Cyle turns to his brother on the drums and makes a goofy face, you don’t feel like you are watching a rock band at a festival, but rather voyeuristically spying on five friends in their garage.

And there lies the true essence to their success. They aren’t parading themselves around the country with stars in their eyes. They are simply doing what they are meant to be doing. They’re The Weeks, and they’re naturals. (Or they really are criminal fugitives of the State of Mississippi and this is all just an elaborate cover.)

Top photo courtesy of The Weeks /// SoundHarvest, other photos by Shanning Newell

Check out this video from our video series below, filmed exclusively for Lockeland Springsteen :::