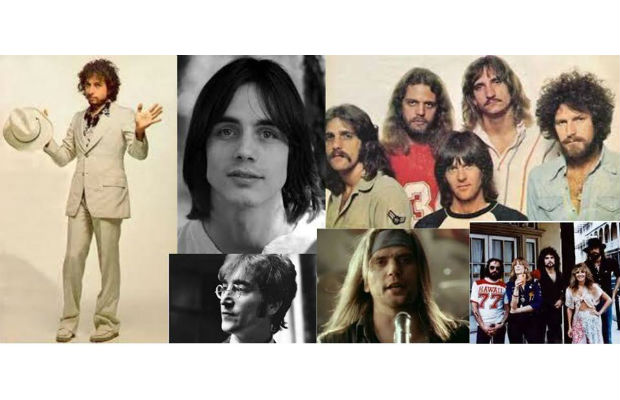 Yesterday I found myself driving down Sunset Boulevard, past the charm of Silverlake, through the depths of Hollywood, and into the valleys that sit at the bottom of the famous hills. With me was John Lennon’s Double Fantasy on full blast, keeping me company as I explored this little-known territory and iterating the trucking clicks of my dried-out tires in time to the bass line in “Watching The Wheels.” When “Beautiful Boy” came on my car’s fifteen-year old stereo, I slammed on my breaks at a pedestrian crosswalk whose visibility is hazy in California’s afternoon sun. “Cross the street, take my hand. Life is what happens to you when you’re busy making other plans.”

I find peace in Lennon’s cerebral affinities, his iconic place in promoting peace and his willingness to delve, albeit with reservation, into the spiritual world. Whether or not we realize it on a conscious level, his contributions to music today are unparalleled. As a writer, my biggest pet peeve is when musicians tell me they don’t have any “musical influences.” I just decide what they meant to say was, “well definitely Lennon.” Without Lennon, the shape of the musical landscape would be a darker, less inspired place. So I was happy to hear that Terry and the gang at The Basement East are celebrating tonight- what would be his seventy-fifth solar return.

Every city has a cultural subset that harkens back to iconic greats. In East Nashville, there is a definitive element of paying tribute to the greats- it is a quaint and peaceful pace of life that celebrates music at its finest. In my little neighborhood in Los Angeles, it’s more chaotic- an absurdist hub of artists who look as though they’ve risen from the depths of Golden Gate Park, with dreamy rainbow sunglasses and long floral pea coats paying homage toward the surrealist sixties.

Regardless of the location, the same music penetrates these bohemian neighborhoods, inspiring artists of all kinds to build upon the history set forth by legends. How many people have found themselves enraptured in the mysticism of Stevie Nicks, inciting the urge to create music that crosses that boundary between earthly pain and spirituality? How many artists have found in The Eagles an unparalleled pop sensibility- one that, as Chuck Klosterman says, makes you want to hate their commercial successes?

Tonight at The Basement East, our dear friend Terry Rickards  is curating a show in which today’s Nashville standards pay tribute to these artists. With Lauren Farrah performing Fleetwood Mac classics, Allen Thompson taking on The Eagles, Dani Flowers singing Steve Earle songs, and Joseph Robert Krauss recreating the airy sounds of Jackson Browne, the night is a glorious ode to the greats.

Of course, I am saddest about missing out on Los Cologne’s renditions of Dylan’s Infidels, the 1983 album that gave birth to the colorful “Jokerman,” the seedy urban romance found in “Sweetheart Like You,” and the Pro-Israeli anthem “Neighborhood Bully.” It takes a true musical aficionado and Dylan obsessive to find the genius in his early eighties work, and I have only admiration for Los Colognes in taking on such a feat.

So, for me, go to the show tonight, and send pics, video, and good rock n’ roll vibes to LA.