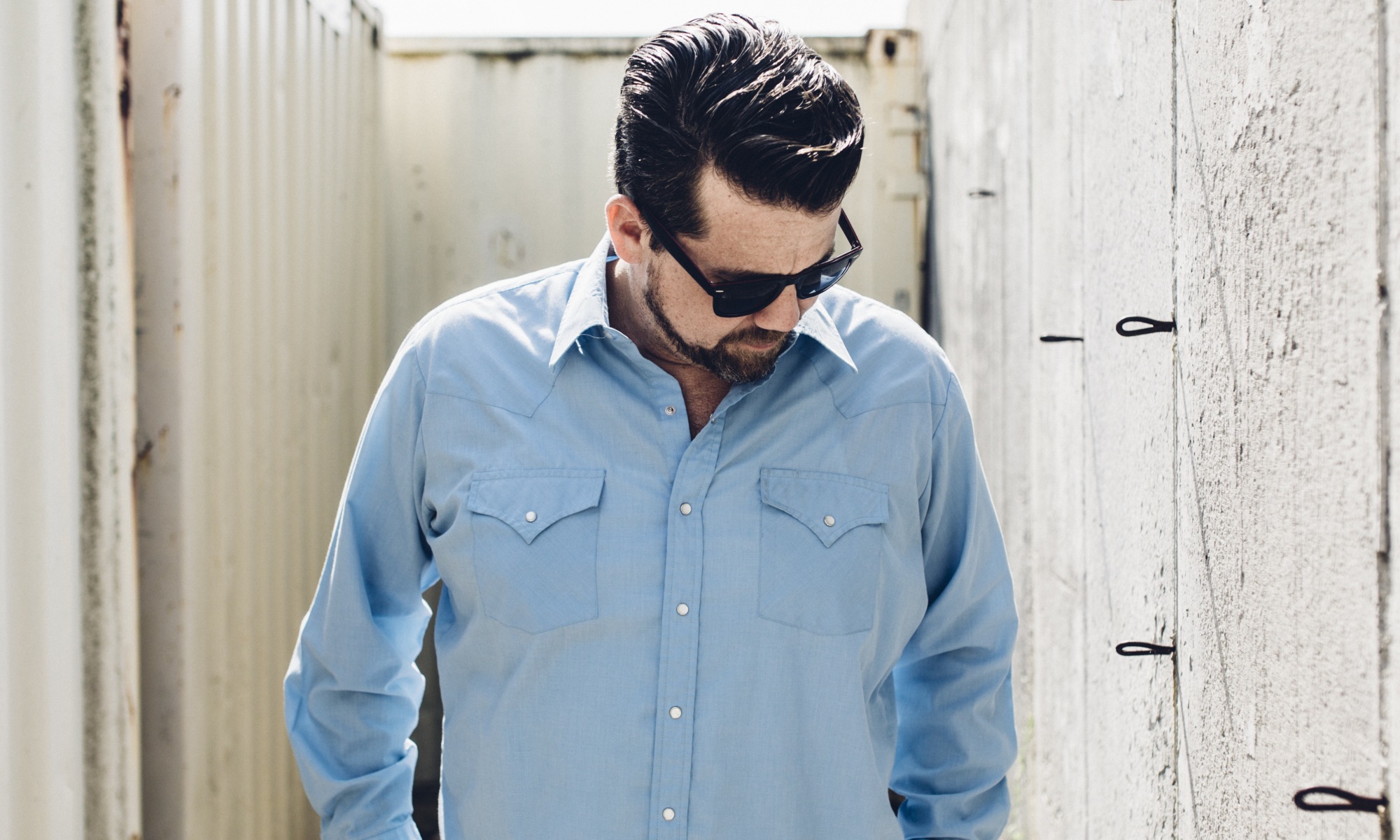 "Outlaw is a word on a t-shirt at Wal-Mart. You grew up in a suburb. Your head is too sweaty to wear that hat, and the "Music Row" you are rebelling against has already been defeated by real estate developers. Nice folklore fetish, idiot."

I don’t recall where exactly I was the first time I saw Patrick Sweany performing live around town, but I do hold the conviction that it was some time relatively soon after moving to Nashville last October. I want to place this occurrence within this time period, as it was during that golden period in which I was initially overwhelmed by the city’s musical options that I simply tried to take in as much as I could. I bought two tickets to Wilco’s first night of a two-night Ryman stand for $30 from a guy trying to go to a Preds game. I snagged tickets to the last night of JEFF The Brotherhood’s weekend stand at The End, as it was the only night that hadn’t already sold out. I went to an 8 Off 8th, an edition of Musicians Corner and probably some other massive gatherings of local talent. Suffice it to say, I did not have a job during those first couple of weeks in Nashville.

I say all that to say this: that, even though the exact facts are blurry, I do remember being somewhat taken aback the first time I saw Patrick Sweany live. An embarrassingly adept blues guitarist with a whiskey-soaked howl of a voice, Sweany was unlike anything that I had heard in Nashville up to that point. Part of this is due to the fact that I had really chosen to hone in on the city’s garage rock and typical singer-songwriter scene, but most of the credit can be given to Sweany’s engaging performance. While you’ll notice a lot of musicians straining at the leash to try and make themselves come across as humorous onstage (if I had an actual dollar for every time someone in a writers’ round has tried to make light of how “depressing” their songs are, I would almost certainly have the budget to buy them an entire bookshelf’s worth of records that would make them reevaluate what that word actually means), it’s the sort of banter and effortless charisma that oozes out of Sweany.

Despite my status as yankee carpetbagger to natives of Nashville, in under a decade, I appear to have gained a (false) insider perspective that implies that I know what is “the deal around here.” I have a new record out, so I want people to know about it, so that I may become insanely rich, and never see my awful friends again. It is with bitter impatience at my own path of middling success, a great deal of pomposity, and a massively inflated ego, that I now bestow upon you:

5 unwritten rules in Nashville that you should know.

1. If you trash talk a musician about his/her music, to a musician, the person being trash talked will find out. It will not be good for you. This place is a like a henhouse with smartphones. We all talk trash about each other, on the way to the gig, but that particular trash talk must be actively acknowledged to never leave the sanctity of the van. Do it in a public place, you got problems. The trash talker will not prosper. He/she will appear to be a desperate, under skilled, insecure loser. Nothing is less attractive than desperation. Hopefully you will survive, and learn from this experience. An actual apology may be in order. no one wants to do that. You better kill it on every gig, from now on. Or move back home.

2. Outlaw is a word on a t-shirt at Wal-Mart. You grew up in a suburb. Your head is too sweaty to wear that hat, and the “Music Row” you are rebelling against has already been defeated by real estate developers. Nice folklore fetish, idiot.

3. If your primary musical influence and inspiration is an artist that currently is making popular music, your music is probably not very good. Nobody, I mean nobody, wants to hear low calorie versions of Taylor Swift, 2 Chainz, Damien Rice, Imagine Dragons, Zac Brown or whatever watered down garbage your adolescent brain attached itself to. I know what is on the radio, dude, but this list is about being cool in my perspective, and what’s on the radio ain’t cool.

4. Famous people. Leave them alone. There are tons of famous people that live, visit, and hang out here, for the same reasons you do. No one cares if you “know” famous people. They aren’t going to produce your record/ make you successful because you had drinks next to each other, and you think they think you are cool. Name dropping makes you look like a desperate weasel. Which you are. You are awful. Just awful. Name dropper. So gross.

Addendum: If you are the spouse, sibling, or scion of a very wealthy person, and decide to have a music career, then yes, famous people will be friends and work with you. But that’s because you are rich and connected, not because you are any good. Maybe you really are good, but I don’t care, you are already wealthy and connected and that means I hate your guts.