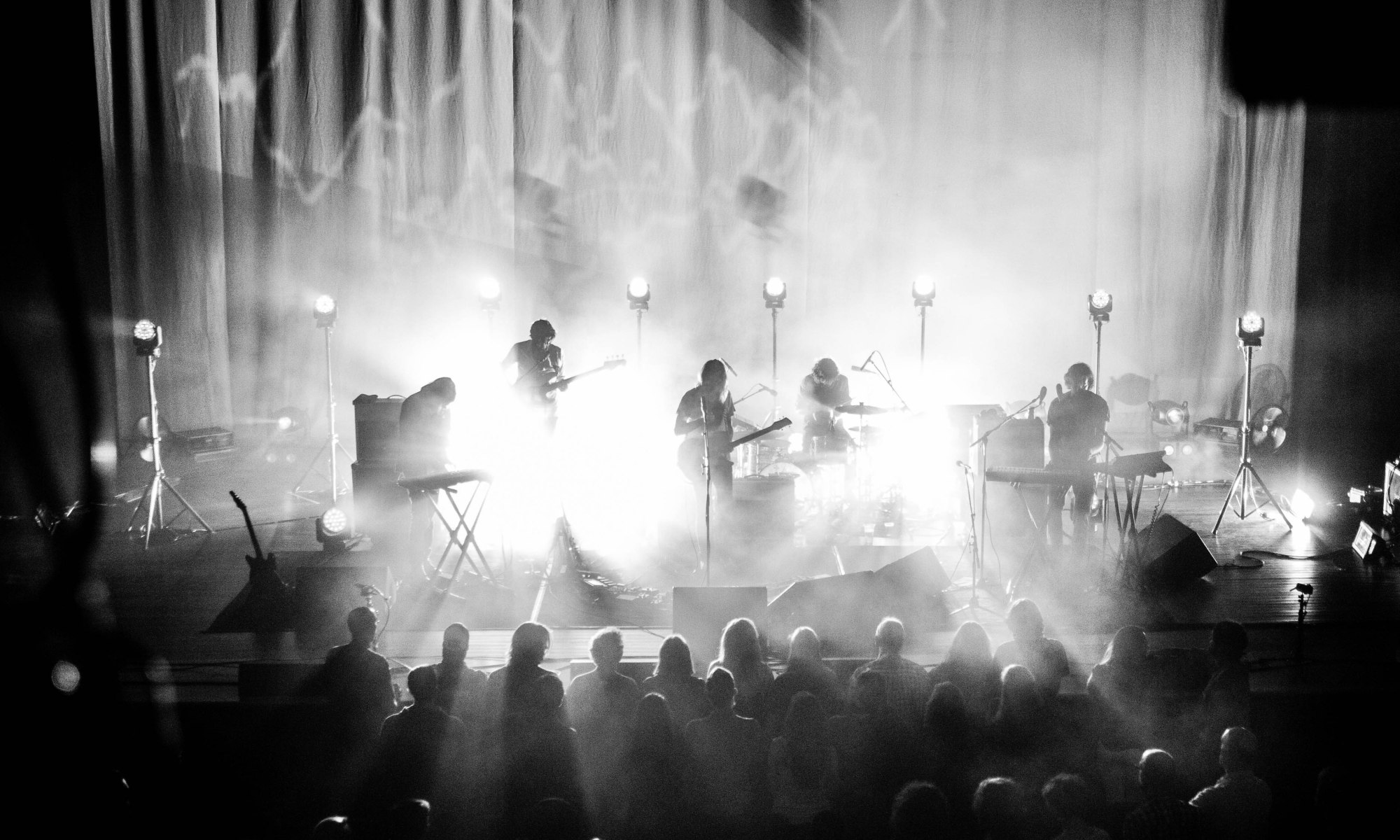 Is Tame Impala the best live act in the galaxy? We sent our writer Kevin Brown (to their headlining set at Atlanta’s Shaky Knees) and our photographer Lauren Hanson (to Monday night’s Nashville show) to capture the trip, so to speak. 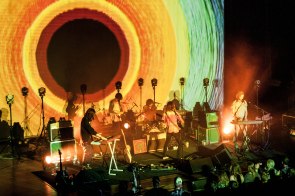 I’m a bit jealous of the congregation that gathered to bear witness to Kevin Parker’s sermon at the pulpit of The Mother Church. Having seen Tame Impala the night before as the closing act of the third iteration of Shaky Knees, I knew what the crowd had in store for them: a chance to share in a milestone in the career of a band that is poised to become rock music’s newest gladiators.

If you aren’t familiar with Tame Impala by now, then you should probably get out more. The brainchild of actual genius (and well-documented Lennon soundalike) Parker, the Tame Impala project has two records under its belt: 2010’s pretty great Innerspeaker and 2012’s outright masterpiece Lonerism. You’ve probably heard breakthrough single “Feels Like We Only Go Backwards” if you’ve eaten at a restaurant or been to a shopping mall at any point in the past three years.

While the critical and (indie relative) commercial success of Lonerism certainly cemented Tame Impala as a band on the verge of breaking, it’s never really certain in this day and age as to whether or not that hurdle will be cleared. So many bands in the digital age have received the blessing of the music writing cognoscenti and a subsequent cult following, only to squander it by producing inferior product or diverging from their predicted path entirely.

Tame Impala, a band at the height of their recognition, currently stands at this crossroads. They could be another MGMT, lashing out against the warm reception of their early success by taking their sound in an extremely different direction (early singles from upcoming record Currents seem to point to a more tasteful branching out of the Tame Impala brand than, say, anything off of MGMT’s reactionary and divisive 2010 record Congratulations) or they could just fizzle out like early example Black Kids, a Pitchfork-hyped indie pop group from my hometown that put out a dreadfully overproduced major label debut, much to the chagrin of pugs everywhere.

Luckily for the starved masses, Tame Impala is in danger of neither of these untimely fates, having instead harnessed those expectations in order to develop into a beast of a main stage rock band. Notice the italics there, because Tame Impala are not your psych revivalist heroes and they’re not your safe word EDM crossover act either. Nope, the boys from Perth are a full-fledged rock band of the highest order. Though they were Shaky Knees headliners ex post facto (legacy act Wilco being the unfortunate victim of the hype cycle forcing the adjusting of programming, much like Jack White being adjusted to play on Coachella’s main stage before a set by…The Weeknd), Tame Impala is by far one of the more relevant rock acts you’ll find towards the top of many of this year’s festival posters.

It’s a sad rock scene that we live in: we’re still trying to pretend that mainstream radio washups like The Killers and Kings of Leon are still worthy of top tier bookings, that cash-ins from fossils with smart financial advisors are worth entertaining and we’re still allowing Mumford & Sons to be a thing. Tame Impala are increasingly proving themselves to be the defibrillator to a palpitating genre, injecting modern rock with life through the adoption of historically successful psychedelic stylings and fusing that proven formula with festival-ready choruses and the occasional extended jam.

With all that said and on the table, I can confirm that Tame Impala is ready for this next step. They conquered the main stage at Shaky Knees with incredibly groovy takes on catalog hits and new joints alike, and judging by my Instagram feed, it seems like everyone enjoyed their set at The Ryman. Relive this moment and relish in it while you can, because it’s really only a matter of time before your dad (he always tried to play you all those Tangerine Dream and Can records, remember?) calls you to try and discuss his favorite song on Currents with you. 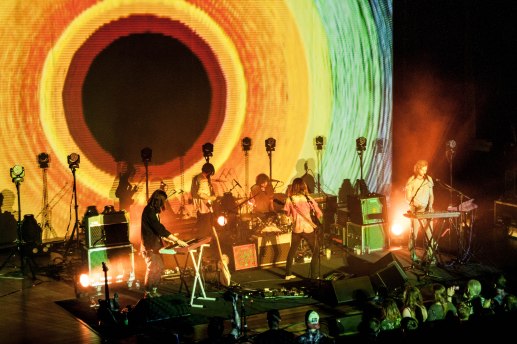 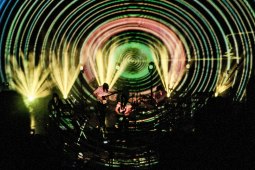 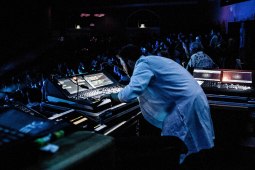 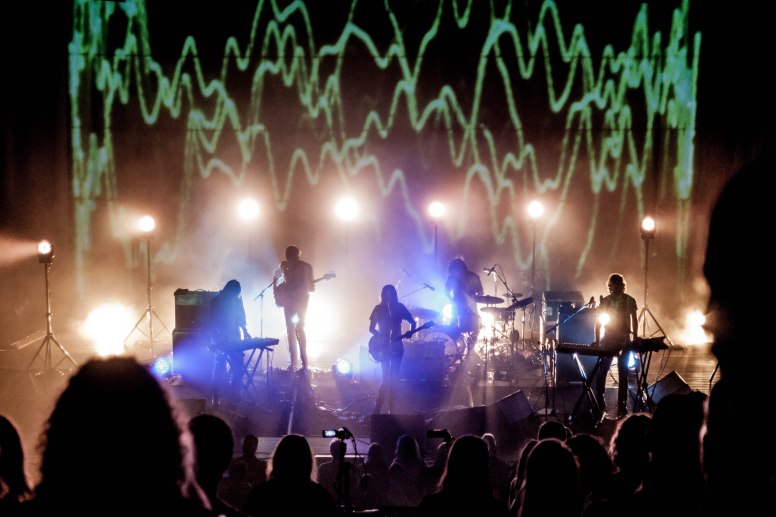