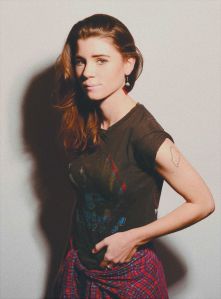 I had essentially lived my entire life in Jacksonville prior to January of last year, deciding that it was high time to leave a familiar home and all my friends behind to pursue a new start that would begin on my sister’s couch in an apartment just north of Washington, DC. Though I had already solidified plans to make this move prior to lining up any sort of employment, I lucked out by scoring an after the fact internship with Baltimore’s NPR affiliate and their daily arts/culture program Maryland Morning. For the first time since graduating from college eight months prior, I felt like I was doing something substantial with my life.

However, one of the most challenging aspects of this drastic change was learning to navigate public transportation for the first time in my life. In order to get to the train station, I would have to catch a bus that picked up outside of my sister’s apartment complex, often trudging through inches of frozen slush and difficult icy sidewalks for the first time in my life. That bus would drop us off at the Glenmont station, the very last stop on the Red Line, which would conveniently enough shuttle us to a major hub at Union Station. From there, I would have to take an intercity train called the MARC that ran from DC to Baltimore and back. Overall, this commute would take anywhere from two to three hours each way.

Suffice it to say, I had a lot of time to catch up on music. The strange part about this sudden opportunity to consume in bulk was that, shortly after reading that Consequence of Sound editor Alex Young had named Lady Lamb (the handle of Maine-based musician Aly Spaltro, then known as Lady Lamb The Beekeeper) as the creator of one of his favorite albums of 2013, I remember questioning to myself who this oddly named act was and then promptly stopping everything I did to listen to her sprawling electric folk debut record Ripely Pine. I can’t exactly explain why I did this, because I normally don’t assign much weight to anything that Consequence of Sound throws their opinion behind.

However, for once, I was glad that I did. Ripely Pine came to be the soundtrack to my commutes. I would listen to the (somewhat too long) album on repeat, sometimes cycling back multiple times through standout tracks like the quietly explosive opener “Hair To The Ferris Wheel” or the jagged but fierce “You Are The Apple”.

While I ended up fleeing the Maryland area little over a month later, citing absurdly low temperatures and a lack of desire to continue making such a tasking commute so frequently, Ripely Pine stuck with me, inducing the unmistakable nostalgia felt by any record that you might hold so closely to the chest.

Though it’s surprising (and disappointing) that she hasn’t received much coverage outside of the blogosphere, she returned this year with a comparatively brisk sophomore effort called After. Forgoing the tendency for favoring more exhaustively prolonged stretches like on Ripely Pine, After is a massive step in a more broadly appealing direction for Spaltro. First single “Billions of Eyes” is the kind of song that takes you by surprise the first time you hear it, the overt poppiness of the composition broadly undercut by lyrical themes of existentialism and longing. It’s a great example of Spaltro’s otherworldly songwriting, which can be a bit wordy for some but ultimately rewarding to anyone that devotes the attention to it. Vocally, Spaltro often sings in a lower register, though there are several stunning moments on both records where she upsets any assumed delicacy by reaching deep into the pit of her lungs and pulling out a shout that completely defies her physical frame. This is all before even gushing about her adept guitar work, an instrument that she refuses to use in any typical manner, often adjusting melodies several times within the course of a single song.

I’ve tipped my hand here and made it pretty obvious that I’m a bit of a homer for Lady Lamb, but it goes without saying that you’ll be missing out on a pretty special musician when she comes with a full backing band to The High Watt this coming Saturday (4/11). Purchase tickets here and stay tuned for our photo coverage from the show.