Skip to content
Erin Rae takes us through five changes in Nashville that have been done with taste, style and respect for the history, and urges us all to accept that All Things Must Pass. 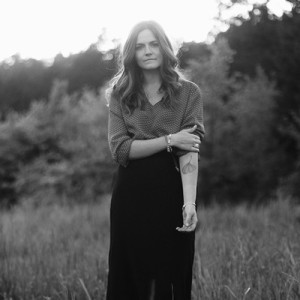 In two hours, I will have the words ALL THINGS MUST PASS tattooed to my arm. This idea has been a long-time coming, a tribute to the spirit of transience, the mystical throws of George Harrison’s music and the implemented practice of his Art of Dying. For months on end, I’ve listened to these songs of love and light and passing away, hearing them crop up in restaurants in Nashville and Boutiques in LA. It is my opinion that these songs lead us into the collective pasture between the living and the dead, through meadows of darkness and fields of sunlight, when we can touch, even if for the duration of the album, the lightness of the broken cycle.

As Dylan once said, “Take what you have gathered from coincidence.” Erin Rae, a local singer with a pristine voice whose harmonies have accompanied many a musician, sent us over her Nashville Five- a list of the five best things that are changing in today’s Nashville. Her thesis is near to my heart; she encompasses the recent Leo Moon (a positively charged aspect now waning), and the heart of George’s 1970 release.

Marissa, my purveyor of practicality, and I will be at Electric Hand by 2 PM today. Stop by and say hello.

Playing tonight with Kelsey Waldon and Caroline Spence, tonight at the Basement at 9 p.m.

By now, we are all well aware of the transition (nice word) our beloved city is experiencing. With a skyline full of cranes and more new restaurants than anyone should be able to keep up with, the times, they are a changin’. I’m uncomfortable with the rapid change that’s reshaping this city as much as the next Caitlin Rose; Its so much! This is MY little town, and I love all my stuff and I don’t want to share it. Thank the Lord for the Historic Nashville, Inc. Facebook page and their consistent posts on what beautiful architecture is being demolished. It is so comforting to be able to direct my resistance and resentment towards specific projects and developers rather than having it exist as a fog in my mind with little condos peeking through. I digress.

BUT, 2015 is here, and its a Leo Moon and I’m trying in a real way to let go of fixed views of myself and other people and even Nashville. Everything is not forever, and the energetic, forward-moving growth here has kept me from wanting to GTFO of my hometown and onto greener pastures. It leads me to believe there IS positive change, and I wanna stick around and be a part of it. And even though I wish the whole world was made of bungalows built in the 30s like houses on Fatherland Street, we do need places for all these new Nashvillians to perch. Glad y’all are here. So this Nashville 5 is about some of my favorite changes that have come about through all of this.

SOO glad this place reopened in the beautiful brilliant way that it has! From the wide variety of genres and Nashville bands that take the 1st floor stage, and the delicious food (that corn on the cob, tho) to the dance parties with that amazing view, ACME is an example of integrating Nashville’s rich history with its present and catering to locals AND tourists. I mean, people save up family vacation money to come here! How great to have another venue to offer in which genuine music is being played on that famous honky-tonk strip. Carl is the man, bringing in all of those talented acts from near and far. I LOVE that they’ve kept the exterior the same. I can just imagine farmers lining up to buy supplies out front. I LOVE that.

2. The Sutler (The Melrose)

Alright. So like I said before, I am most definitely not into these quickly built condos that seem to have no respect for what came before. Seeing these old pretty church buildings for sale, or the homes torn down at 1701 Broadway breaks my lil’ native heart. However, the example that the developers of The Melrose have set is a good one in my opinion. Working with, and not against the charm of yesteryear, they’ve managed to preserve the nostalgia of that old theatre and fill it with new haunts. Even the living spaces they’ve added around back don’t intrude on my ability to look up and say, “Oh this used to be a theatre!” and let my little history nerd brain go daydreaming. The re-opening of The Sutler is such a nice nod to the past. And the Locke Duarte Salmon from Sinema is SO nice, but have you SEEN the ladies room?! Made me feel like a real woman.

I ain’t gonna be one to start running my mouth on things I don’t know about. At least not in this paragraph. I did not have the close relationship with the O.G. Dino’s that I learned about via Instagram at the end of the year. But I was glad to hear that it wasn’t disappearing off the map, and even gladder to hear rumors of no-smoking indoors and late night breakfast. Its really cozy in there right now, and the burger’s good, and so is that bartender guy’s haircut. Love the bangs. I saw a picture one time of a night time Eggs Benedict and it keeps flashing in my memory now, luring me back. Looks like they’re still gonna be having shows, and folks spinning records, and beers.

4. The Beast (The Basement East)

Growing up, I was obsessed with twins. Likely to do with my first celeb crush on Mary-Kate Olsen, I was always insisting on matching clothes for my cousin to wear because what’s better than one of something?! TWO. My FAVORITE, favorite, favoritest venue to play (celebrating 10 years this week) is The Basement Nashville, and I’m sure you’ve heard the news that they’re opening another place for us all to play and gather. I ain’t seen it with my own two yet, but I’ve heard word from a trusted Kentucky queen that it’s going to be amazing, and I just cannot wait.

This one reaches a lil farther across the river to South Nashville where beloved Cotten Music now resides. Cotten Music was my first introduction to Nashville. When I was 9, my dad and I took his ’64 Martin in his ’84 Toyota pick-up from Jackson, TN to have its first L.R. Baggs installed. When the block of Hillsboro Village that housed Cotten and Peabody Shoe Repair was torn down by the Hill People, I was SAD for a week. Still sad. Cotten relocated to Houston Station, a factory space that among other things manufactured parachutes for the war, and they do have the prettiest wood floors and so much more room to spread out. The event space upstairs is BEAUTIFUL, and again, integrates the past with the needs of our hip-happenin present.

So maybe let’s look on the bright side a little more often. Or at least both sides. We’ve got some good things going on, and it ain’t all bad.

And if you’re bumming out, George has the wisdom of the ages right here.