Skip to content
Atlanta’s Shaky Knees is a great example of how to build excitement around a smaller festival in a field that’s long been dominated by the veterans and their inherent recognizability.

It’s been a busy few weeks for what we can now safely call “pre-festival season.” The release of summer lineups seems to be coming quicker every year, with the debate over font sizes on the Coachella poster setting everything into motion for the leadup to weekends filled with endless music and ever-growing crowds of people.

Atlanta’s Shaky Knees is a great example of how to build excitement around a smaller festival in a field that’s long been dominated by the veterans and their inherent recognizability. Dropping a day after Bonnaroo, Shaky Knees soothed mine and many others’ lukewarm reaction to that lineup by dropping a list of nostalgia-inducing names and exciting newcomers alike.

For enthusiasts of early-00’s NYC indie, you’ve got arguably the three most essential representatives of that era: The Strokes, Interpol and TV On The Radio. The Strokes have, for the past few years, been in a strange limbo between either breaking up completely or starting a second chapter of their story. They’ve headlined a few festivals here and there but have refused to truly tour behind 2013’s Comedown Machine, so the potential rarity factor of this booking is a big draw. Interpol and TV On The Radio just decisively began their transitions into the next stage of their career, each releasing and touring behind their excellent 2014 efforts. 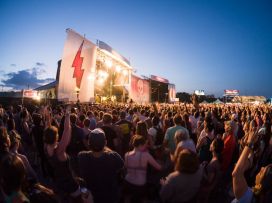 For #dadrock geeks like myself, Shaky Knees managed to score four legends of the quasi-genre. Wilco, who I’ve been dying to see again since catching them on their two-night stand at The Ryman last year, are sure to bring the best of their 20-year old discography to Central Park in Atlanta. Pixies, who have been making the rounds on a reunion of sorts following their return to the studio, are going to cause one of the biggest scenes of the weekend once the instantly familiar guitars of “Where Is My Mind?” ring out across the speakers. Ryan Adams, who seems to be releasing a new piece of music every other week these days, is sure to draw an adoring crowd of his loyal fans and maybe even a handful that he made from his 2014 release Wrecking Ball. Finally, we have one of the bands that clinched this lineup for me, the extended victory lap that is the Neutral Milk Hotel reunion extravaganza. I caught Jeff Mangum and the gang in D.C. last January, convinced it would be my last opportunity to see them, only for them to extend their expedition several times over. However, it seems like they’re finally winding it down this time around, their most recent announcement of tour dates hinting at a return to hibernation for the psych-folk masters from Athens. 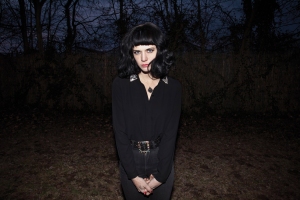 Shaky Knees also has you covered on other ends of the musical spectrum. From the bass-heavy electro of British heartthrob James Blake to the mind-bending weirdness of Animal Collective’s mad scientist Panda Bear to the festival-crafted retro stylings of everyone’s favorite Aussies Tame Impala. You’ve got punk heroes Social Distortion bumping up against emo favorites like Brand New and American Football, the ATL-grown metal of Mastodon sharing a field with the ATL-grown garage rock of The Black Lips. You can catch more low-key acts like Real Estate, Mac Demarco and Best Coast, then get rocked by the fuzzy sounds of Wavves, Death from Above 1979 and Speedy Ortiz. Oh, and you can catch Lockeland Springsteen favorite Nikki Lane (pictured) win some new fans as well.

I could go on for awhile here, but the point is that you should stop reading this and buy your ticket before it sells out. See you in Atlanta, folks.

Photos by Alex Pilnick from our previous year’s coverage.