Skip to content
“A Tale of Two Tims," hosted by The Porch Writers’ Collective, will center around the words of acclaimed author Tim O’Brien (The Things They Carried) and the sounds of bluegrass musician Tim O’Brien. No, you didn’t misread that, there will be double the amount of Tim. 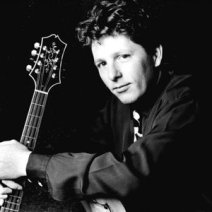 Now we all know that it’s nearly impossible to escape the presence of live music in Nashville, which we also all know is the greatest thing about this city. However, there’s some nights where you want something more low key, and if you’re free this Saturday we have a great alternative to your routine weekend gameplan. Head over to Green Door Gourmet in West Nashville for “A Tale of Two Tims”

, an event hosted by The Porch Writers’ Collective (click the link to buy tickets) in celebration of their first year as one of Nashville’s few literary clubs. The night will center around the words of acclaimed author Tim O’Brien (The Things They Carried) and the sounds of Grammy-winning bluegrass musician Tim O’Brien. No, you didn’t misread that, there will be double the amount of Tim O’Brien at this event. Doors open at 8:00 and you should get there in time to catch performances by Minton Sparks, John Jackson and Korby Lenker. Author Andrew Maraniss (Strong Inside) will moderate the evening and former Husk pastry chef Lisa Donovan will be crafting hors d’oeuvres for all you hungry guests. To prepare you for “A Tale of Two Tims”, we present Susannah Felts from The Porch Writers’ Collective and her list of the 5 Best Books by Nashville Musicians

Side note by Marissa ::: While Tim O’Brien, the writer, is undoubtably known for his novels, I’ve long enjoyed this article he wrote for the Atlantic on integrating imagination into the true stories of our lives (and work). “The human race, I realize, may have lost something when we shed our tails all those eons ago,” he writes. “But we gained something, too. We learned to live not just in the unconscious present, but also in the flow of history and in the possibilities of a miraculous future. True, we cannot bound skyward like Tigger with a thrust of our mighty tails. But we can close our eyes and fly into our fathers’ arms. This, I suppose, is why I’ve become a writer…People don’t live forever. It’s not a morbid thought, really—it’s almost joyful—but I’m aware that on some future morning like this one, my sons may awaken before dawn, brew up a pot of coffee, and sit dreaming at a kitchen table. Maybe they’ll imagine me coming home from the airport. Maybe they’ll see me opening up the front door and taking them in my arms and lifting them up high, a Slinky dangling from my faded old blue jeans.” Good stuff, no?

I’d like to give a special shout-out to Humanities Tennessee’s Chapter 16, where my reviews of these fine books first ran, and which does a bang-up job of promoting the work of local literary talent, including these five authors. Choice snippets from the reviews appear below.

1. I Never Met a Story I Didn’t Like by Todd Snider: This eagerly anticipated memoir from the legendary singer-songwriter does not disappoint; in fact, it was among my favorite reads of 2014. Snider’s trademark wit is on full display here, and those who’ve seen him perform live will probably recognize a yarn or two.

From the review: “Snider writes candidly, matter-of-factly, about getting fired from his record label, getting kicked off a plane, going to rehab twice, behaving obnoxiously toward his idols. If he sounds insufferable, he’s somehow not at all. He’s affably aware of who he is and who he owes, and a gratitude for his life is evident on every page. Well-known in his field, comfortable in the company of the greats, but just shy of the point where fame sours into daily burden, Snider knows he’s hit the sweet spot. He’s built a ramshackle but somehow airtight life out of doing what he loves.”

2. They Came to Nashville by Marshall Chapman. I loved learning about some of Nashville’s greatest songwriting talents—from legends like Kris Kristofferson to newcomers like Miranda Lambert—through this collection of “how’d ya get your start?” interviews. Chapman admires her subject tremendously, but since she too is a longtime singer-songwriter and musician, these piece always feel intimate and grounded in shared territory, more thoughtful conversations than tight-laced Q&A.

From the review: “As an interviewer, Chapman is both meticulous and digressive. She’s bent on certain details, asking each and every interviewee, for instance, what sort of vehicle—plane? car?—brought him or her to the city for the very first time. In other ways, she keeps her subjects on a loose leash, happy to chase a good tangent or two, ever conversational. She shares many stories about how she’s crossed paths with these individuals over the years, but ultimately she’s committed to the book’s theme: to learning about her Music City comrades from a fresh angle.

3. I’ll Never Get Out of This World Alive by Steve Earle. Here, the legendary Earle imagines that the ghost of Hank Williams, Sr. haunts the down-and-out junkie doc who administered Hank’s fatal dose of morphine. Um, yes please! The premise is fabulous, and guess what: the novel itself is a winner. I was thoroughly sucked into Earle’s gritty world.

From the review: “Earle’s narration is simple but evocative, a spicy stew of profane and crafted language. He convincingly portrays the contours of life on the skids, lending many scenes in I’ll Never Get Out of this World Alive a gritty authenticity and intensity. The dope-centered ones—in which Doc is getting high or getting sick—are, not surprisingly, quite effective. But Earle’s strength also lies in giving voice to his characters—not just Doc, Hank, Graciela, and Manny, but supporting figures as well. When a black transvestite prostitute named Big Tiff is approached by Father Killen, who is digging for info on Graciela, Big Tiff asks the priest, ‘You sure there ain’t nothin’ else I can do for you, Padre? I can suck the chrome off a trailer hitch.’ Earle’s characters may be types, but they aren’t thinly drawn or lacking in color.”

4.Right By Her Roots: Americana Women and Their Songs by Jewly Hight. I’m a sucker for a book that singles out the badass women in any industry—and Hight, a singer-songwriter in her own right as well as one of our city’s talented music critics—does her subjects a great service in this compelling study.

From the review: “Hight has assembled a fascinating bunch of artists with ironclad integrity, who both woo and challenge listeners with their unconventional or controversial approaches…[Her] grouping of these artists is also, to some extent, one driven by her own roots. A music journalist with a master’s degree from Vanderbilt University’s divinity school, she found herself drawn to these artists in part because of the distance she has traveled from her own small-town, Southern upbringing: ‘In my early twenties,’ she writes in the book’s conclusion, ‘I realized that my relationship to the faith tradition I grew up in had become a good deal more fraught and complicated than it was when I professed my youthful commitment many years before.” That kind of conflict is deeply familiar to many of the artists she profiles, and as a result her treatment of their work is infused with a keen empathy.”

5. Around the Table: Recipes and Inspiration for Gatherings Throughout the Year, by Martina McBride. Don’t you wish you could party—er, throw parties—like a country star? Well, now you can, with Martina’s wise counsel. Or you can approximate, as I did. The recipes here are simple and crowd-pleasing, and McBride’s ideas for theme parties are fun and fresh.

From the review: “The more time I spent poring over Around the Table, the more buoyed I felt by the presence of a guide to keep me from becoming a crabby mess at zero hour with a zillion things left undone. Some of McBride’s utterly practical advice made me smile. ‘I have a secret for cleaning up clutter before people come to my house,’ McBride writes. ‘It’s called a big, deep drawer (and a closet) where I can stuff things and deal with them after the party.’ In my cozy abode there is no such drawer or closet, but there was a laundry basket on the floor of my dining room; I had no trouble filling said basket and whisking it off to my daughter’s room when party day came. It was mostly her stuff anyway.”