Skip to content
The local soul-rock powerhouse lists the top songs they're currently spinning right now, from Hurray for the Riff Raff to White Zombie. Yes - that White Zombie.

veiled insult usually filed along with some kind of “Best Female Bassist” list, that maybe only includes members of Hole or sometimes just any lady that Billy Corgan has recruited for one band or another. It’s the same way people clap exuberantly when a woman like St. Vincent plays even the most basic of guitar licks – sort of like applauding a puppy for peeing near the newspaper, but not quite on it. So close! Good dog! Jack White got the joke: “you’re pretty good looking…for a girl,” he sang as the White Stripes. And all those “Women Who Rock” lists, well, they amount to one thing: you’re a pretty good musician…for a girl. Pass the flat ginger ale, please.

Alanna Quinn-Broadus, who leads local brass-driven outfit Alanna Royale, is, obviously a woman. And one not shy of her femininity at that – the lone lady fronting the six-person Nashville-based band is comfortable flashing midriff and the middle finger, but that’s all part of the complex picture she paints of what it means to be a “Woman Who Rocks.” And what that means, basically, is to ignore all of it. Performing, Alanna always made me think most of soul greats – but not the girl bands who performed in buffonts. More like a James Brown bred into the Specials. Not visually, of course, but rock ‘n’ roll is always more about a vibe. Get up, get on up. 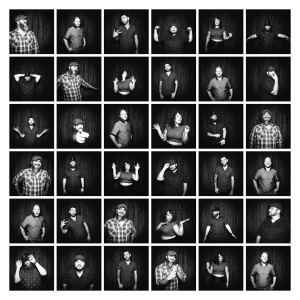 Anyway, it takes some particularly large cojones to pave your own way in a city simultaneously obsessed with either banjo-infused Americana, gritty “garage” punk (though we all know no one in East Nashville really has a garage) or full-fledged Music Row-bred country, but Alanna Royale has been motivated by something beyond trends and beyond tides since coming together a short few years ago. This is music that never once has its head in the clouds (or, for lack of a better phrase, its head up its ass) – it’s willing to embrace both the feel-good and the unabashed emotion that comes from that special place where amplifiers meet horns, a sweet sound of wavering vocal notes to a languorous pull of the brass and an aggressive guitar line from fiancé Jared Colby. Take one listen to “Animal,” off of their debut LP Achilles (recorded locally at the Bomb Shelter and engineered by Andrija Tokic), and it’s this isn’t about what Alanna Royale can do as a female-fronted band – it’s the power and proto-soul push that comes from an entirely singular outfit that fuzzes their feedback as much as their trumpets.

We had Alanna and Jared pick their five songs Alanna Royale can’t stop listening to right now, which includes a nod to current tourmate Hurray for the Riff Raff. Diverse, and left of what you’d expect. Just like them.

(this is one of alanna’s picks) i don’t even know how i came across aaradhna but i am so glad that i did. this is one of my sunshine-shinin, windows rolled down jams. the beat is simple and the vocals are flawless but it’s a more modern production for this kind of music. not only is she an incredible singer but she comes from new zealand and is of samoan and indian decent. i haven’t heard any other soul/r&b artists come out of new zealand and if this is any indication of that scene, i need more now. i hear she is working on new music now and i can’t wait to hear what’s next.

2. “Talk to Somebody” by Lee Fields and the Expressions (Album: Emma Jean)

(jared) this song is a departure from lee fields’ normal sound and vibe. it’s aggressively sad. it sounds like it really taps into something deeper than the other songs do. as always, lee sounds incredible on the track and nicole wray can write the shit out of song.

3. “The Body Electric” by Hurray for the Riff Raff (Album: Small Town Heroes)

(alanna) alynda has the genius ability to write a politically/socially conscious song without sounding self-righteous or preachy. this song comes from another place. it’s not a demand, it sounds like a plea. a plea for justice and order. it’s a plea for the lives of so many people affected. a gorgeous song by an incredibly talented writer.

(alanna) i guess i’m on a sad song streak right now? this song is horribly depressing to me. whenever i hear this song i think about how isolated we all can be the “closer” we are brought together by technology. the sounds on this song are chilling to me. i am a damon albarn stan and will probably stay this way forever!

(jared) it’s been my dream to play a white zombie cover set on halloween and i am finally doing it this year. i didn’t think this song would make it into the set and now it’s my favorite song to play. this band is just so over the top and zombie’s entire catalogue is amazing.