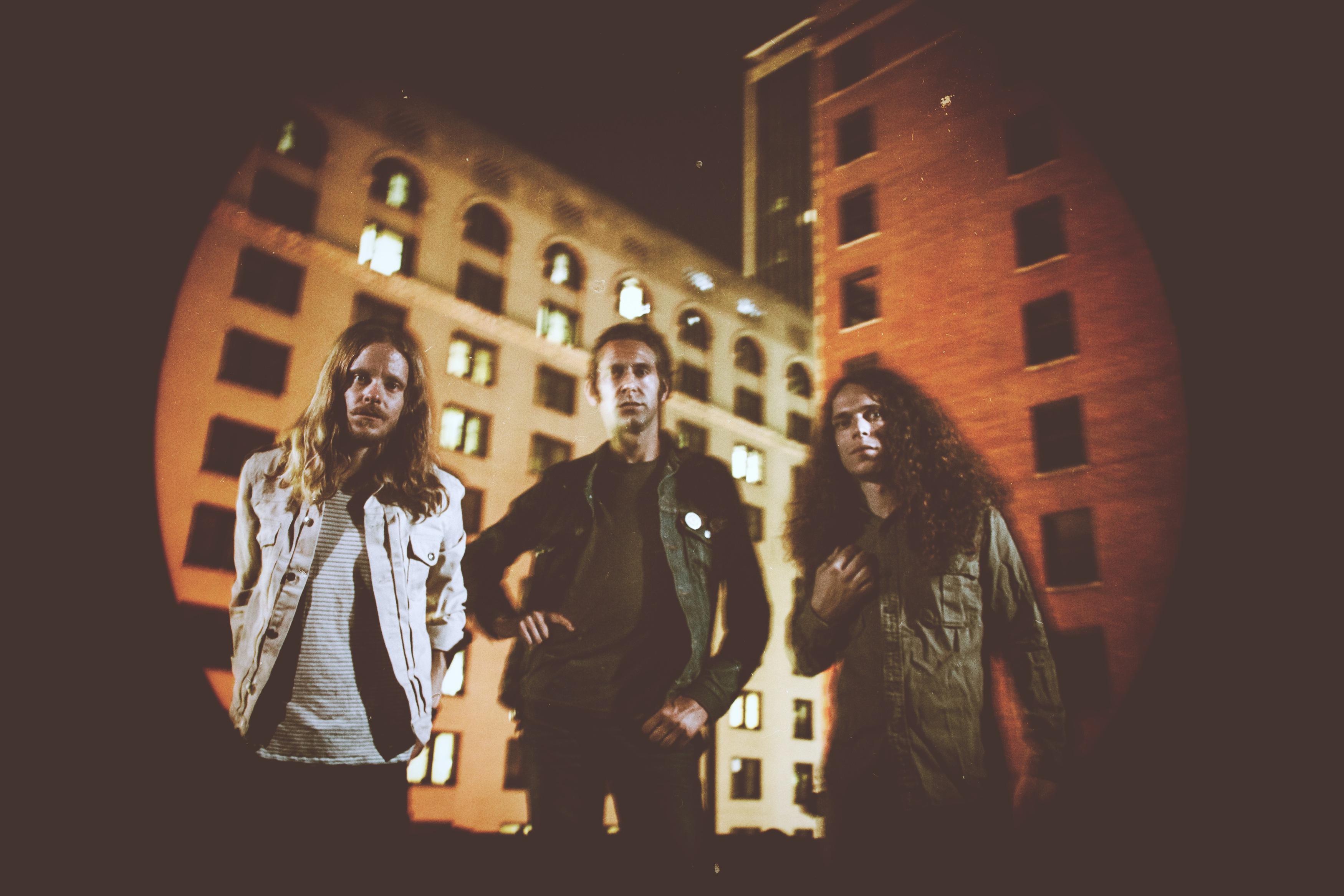 In a day and age where instant gratification and quick fixes are the norm, it is nice to be reminded that music doesn’t have to abide by the rushed and available standard. Our current musical culture experiences everything from surprise releases, to cloud-based distribution (looking at you, U2), to remix upon remix – it all makes for rushed satisfaction that loses its value all too quickly for the next shiny sound and gimmick. But then there are bands like Tesla Rossa, a Nashville three-piece with a commitment to lyric and sound and a desire for organic evolution that enables them to craft music with lasting potential. Aged over the last five years, Tesla Rossa has picked their moment with an October tour and a self-titled debut album coming November 11.

Jason Denton (vocals and guitar), Ryan Tullock (lead guitar and vocals), and Nathan Wahlman (drums) established this “throwback rock band from the future” with an unclear vision but a need to play. After a circuit of college stops and festivals and a quickly released six-song EP, the band evaluated the state of the collective and reinforced their creative efforts. They spent nearly two years writing and demoing songs that later gave way to a self-titled debut that makes a collage of live recording with modern accoutrements. In contrast to the present musical standard of fast tracks and easy creation, the band employed the help of several talents and sounds to present an album with a blending of diversity and clarity that voids genre classification but emphasizes quality sound and songs. In January 2013 the band recorded the narrowed list of tracks live with Vance Powell (Jack White, Sturgill Simpson) over the course of two weeks. “We kind of knew that it is so competitive,” Denton comments on the industry’s recording expectations and the listeners’ desires. “We wanted to create the best sonic experience, something bombastic and approachable.” The product of these goals matches them perfectly in a 12-track collection that travels through a wise audible spectrum.

“We are more like brothers,” they say, with the ranging personalities to match, and they proclaim that their differences define them. With Denton’s rock disposition, Wahlman’s jazz influences and harmonic awareness, and Tullock’s melodic adoration of pop, the three men have made Tesla Rossa a melting pot of a band. From “Heavy Love,” a song that “has got so much feel on it,” to the rowdy track, “Vaction,” to “Mythicaluv,” the only track to be “built inside of the computer,” the roster of songs from the upcoming album gives the cliché, “something for everyone,” validity.

As Wahlman quoted, “if you don’t like this band, then go to the next song.” Tesla Rossa’s self-titled debut album is out November 11 on Silver Point Records, and this month they will be sharing the stage and many good times on tour with The Wans.

Enjoy this Lockeland Springsteen exclusive track premiere of “Sheep” from their upcoming album, and head over to Mercy Lounge tonight for 8 off 8th with Tesla Rossa.