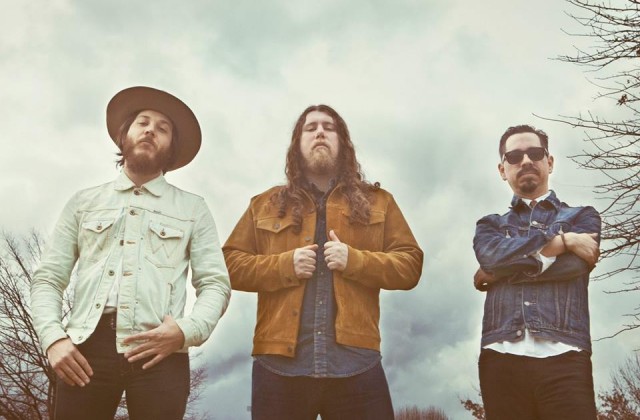 Coming from distinct backgrounds and sounds, the three men of Spanish Gold have created a recycled revolution of an album. 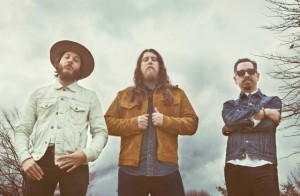 Spanish Gold’s debut album, South of Nowhere, should be your response the next time you’re asked, “so, what do you like to listen to?” Drummer Patrick Hallahan (My Morning Jacket), guitarist Adrian Quesada (formerly of Grupo Fantasma), and lead singer and guitarist Dante Schwebel (City and Colour, formerly of Hacienda) are the men behind the name and the brewers of simplistic, musical brilliance. This album is a soundscape that blends sounds reminiscent of the 70s with all the modern accoutrements we are so used to hearing. But beyond recreating the past with modern flairs, this trio creates an inescapable desire to keep the album on repeat.

South of Nowhere was recently released on May 27 and was graced with the production skills of the Spanish Gold trio and Collin Dupuis. And even though Nashville can’t claim Spanish Gold as its own, it can at least claim its album’s recording birthplace: Dan Auerbach’s Easy Eye Studio. Lalaland in Louisville also provided the necessary location and creation tools. The production is cohesive and clear, allowing the artistry of the songs and their sounds to linger in the listener’s mind. In addition to the production of the album, the collaboration of the three musicians in combination with the selected discography is undeniably enticing. Coming from distinct backgrounds and sounds, these three men of Spanish Gold have created a recycled revolution of an album.

The bookend songs of this 40-minute piece are killer tracks that keep the energy moving from start to finish and beyond. “One Track Mind,” the opening song, proudly represents the blues with a rhythmic syncopation that makes you want to move to the beat. Schwebel doesn’t shy away from the microphone and allows all the inflections and colors of his voice to vibe with the backing harmonies. The album’s title track follows this opening groove anthem with a raw vocal line accompanied by a driving bass line, layers of percussive sounds, and another motion-encouraging rhythm pattern. As you journey through the album, each song will strike you in a new way with an innovative but still familiar sound. Songs like “Out on the Street” and “Day Drinkin” provide a good mix of fun while other tracks emit more lyrically emotional themes while still maintaining a rock and roll façade. The record ends with “Stay With Me,” a track that exposes their regional influences through instrumentation and darker progressions. It makes you reminisce about old country, and for all you Southern readers, it will make you feel right at home.

Even though the album is sonically fluid, it still explores a range of harmonics, registers, and genre influences. Schwebel, Quesada, and Hallahan are noted as “children of the MTV era” and give inspirational credit to the music (and musicians) that came before their more present endeavors. Since their album’s release, Spanish Gold has successfully made their network debut on the Late Show with David Letterman, where they coolly previewed their music with a performance that exemplified musicianship and authenticity. The golden trio is currently touring and performing with another Nashville favorite, Clear Plastic Masks, and they incorporate 70s style background vocals with expressive and organic melodies and instrumental lines that flow freely from the stage and into the audience’s ears. No distractions are needed, and that’s what happens when you put real musicians together: they focus strictly on the music and the musical experience.

In order to avoid any comparisons to other artists and albums, just go check out one of the most authentic albums to surface on the modern music scene. South of Nowhere will keep you grounded in your musical roots and encourage you to sway to the rock and blues beats of this here-to-stay collective.