Skip to content
One cannot blow in the wind forever without sooner or later stirring up an electric dirge. 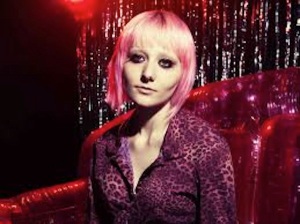 Jessica Lea Mayfield has foregone her bluegrass roots with the recent release of “Make My Head Sing,” a grungy, alt-rock album featuring thick, fuzzy guitar lines and the darkened awareness of a woman wiser than her age might indicate. Much like the history of music in general, Mayfield sheds the skins that no longer fit her or her sound; grateful for the spirited music that led her to her current perceptions, she has transitioned into a new, blisteringly haunting self-expression.

“Make My Head Sing” is certainly Mayfield’s most mature work, giving the singer-songwriter a pronounced edge and understanding that straddle the border between pleasant and plaintive. It is ominous yet sweet, with clear and shimmering vocals cutting distorted instrumentation. Though having grown up playing in her family’s bluegrass band, Mayfield was heavily absorbed with the alt-rock scene that blasted through the 90’s and early 2000’s, and her newest album reads like an exposition of a truer self-identity.

The spine of her talent remains firmly in place, braced in the heavy introspection that we’ve come to know and love. But it’s matured now, steady in its opinions, slightly sinister but also hopefully kind in the old adage that the crux of wisdom is to admit how little one really knows. Each track is equally relatable in its constraint as it is confounding in its restrained fibers. It’s mysterious enough to intrigue, but cohesive enough not to confuse.

With this release, Mayfield has released ties to her comfort zone, proving that courageous artistic expression grows by pulling back layers that are no longer suited to the honest revelation. And where would we be if Dylan had not changed course in 1965? One cannot blow in the wind forever without sooner or later stirring up an electric dirge. Releasing the past is the most vulnerable thing and artist can do.

Kudos to you, Ms. Mayfield.