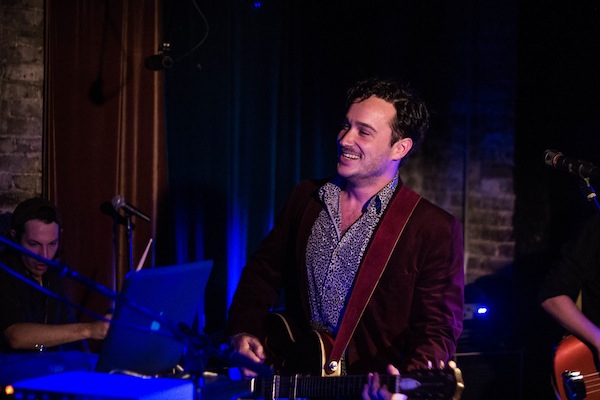 Caleb Hawley prods into our most essential and underived emotions. 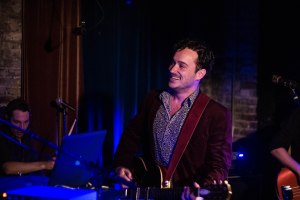 In the past, I’ve mentioned my connection to the Basement as the most apt venue for unconditional solitude, ducking in the darker corners to embrace the intimacy born between whiskey, wooden bar stools, and a stage that encompasses a quarter of the room. With Caleb Hawley’s performance on Monday Night, these celebrated pools of solitude evaporated with the first note of his soulful sound; Hawley delivered one of the most powerfully unifying performances to be seen in Nashville in awhile.

On stage, Hawley’s character is one of a midwesterner who has managed to scope out the kinetic influxes of a New York City lifestyle in his persona and his music; for the first time in months, I’m attending a show that doesn’t visit a Brooklyn in which I never lived, one full of the cerebral and eclectic sounds arising from a borough’s literary entourage.  Caleb represents a much more truthful New York for me, reminiscent of nights  at The B.B. King Blues Club and The Blue Note, reacting to the emotive sounds of a rustic soul and jazz environment before I had any real-life experience to match the feelings they elicited. In this way, he resurrects that transcendent palette of emotion that belongs exclusively to musicians capable of infusing their songwriting with earnest and instinctual subject matter.  “It’s definitely an inspiring place to be as an artist,” Hawley says of New York. The people watching alone could give me writing material for a lifetime, and plays a part in lots of my songs.” His music mimics this landscape, not only of New York, but of the choice within every urbanite to react to the unraveling of their locations with a keen penchant for observation, to live with the resilient exuberance of a soul intertwined with a life that is always just within reach.

On Monday night, Hawley runs through the breadth of his six-track EP, opening the set with “Would You Even Try,” a song whose percussive rumble aptly underscores the storytelling of a desperate observer watching the palpable disconnect of bystander effect. A truly soulful artist, what makes his music so tangible is his ability to arrange compositions that correspond with his lyrical themes; he uses instrumental structure to prod into our most essential and underived emotions. From the waltzing guitar line to the piercing falsetto in “I Just Want You,” Hawley somehow manages to unify the audience under one very direct spell of love, conjuring within the audience those sharp and sudden pangs of young, lustful infatuation. He brilliantly connects the soulful suaveness into an impromptu cover of Boyz II Men’s “I’ll Make Love To You,” with an irrevocable sense of confidence that cloaks only those born to take the stage. “Stage is my favorite place in the world, and songs are the things that get me on it,” says Caleb. “It’s my primary passion.” 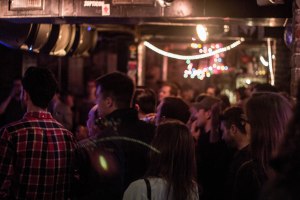 A developed capacity as a songwriter and a strong background in jazz composition underline the ease with which Hawley performs. His arrangements are simultaneously meticulous and lenient; with a conscious understanding of the contents that create the soul of a song, Hawley has reached a profoundly masterful place as both an artist and a songwriter. It’s the point in which one is capable of crafting vital, animated sounds in a cohesive manner through the strength of their subconscious. “If someone hits two forks against a refrigerator and makes a cool beat, you could make a theory class about it and charge people ridiculous amounts of money to attend it. I dig theory, but in the end it’s just an analysis of why something that someone did sounded good. And plus, it’s just a theory anyway.”

There’s something undeniably human about the way Caleb Hawley addresses an audience; on stage, he appears to be in his most natural state, effortlessly entertaining, reversing time to moments of eternal stills, resurrecting in all of us those effervescent moments in which we’re inclined to put the analysis to rest, close the chapter written by deceitful thoughts, and made, through impassioned vocals and a veracious outpour of soul, to simply feel.