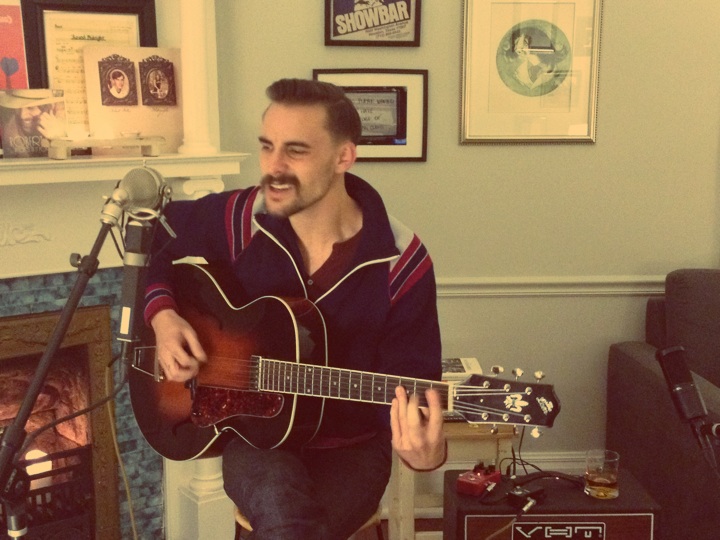 A beautiful, classic track from his forthcoming album, The Lights from the Chemical Plant, live in our Lockeland living room.

I tend to know I’ve stumbled across something great when I have a hard time explaining it to my mother. I realize that, as a music writer, it’s often my duty to relay what something sounds like to an audience: however, no audience is quite as tricky as my mom, who once taught aerobics classes to a soundtrack of C&C Music Factory and got drugged by her castmates in the Broadway production of Hair because she was too “square” (PCP, she thinks). She passed out backstage and still won’t leave a beverage unattended for more than a second.

Not to say she isn’t a lover of music – indeed, she is, particularly as a dancer – but her cultural references stop at about the John Mayer level of notoriety. Sometimes, if I’m lazy, I pretty much tell her everything sounds like either the Rolling Stones or Jimi Hendrix (both of which she saw live in high school, thanks to prep-school Manhattan boyfriends with prep-school wallets). This year, since she watched the Superbowl, I can now use Bruno Mars as an adjective. That should come in handy, I guess. She had also heard of Mumford & Sons, so that made things easier for a while, particularly when trying to describe the Lumineers.

Explaining Robert Ellis to my mother would be a little futile. There are nuances of country inflection in the Texas-born, Nashville-residing musician, but he’s not country; his songs infuse lyrical craft with a narrative point of view, but they’re not always personal; his guitar playing often sparked more by jazz chords than anything else, but can delve into bossa nova or roots or even prog-rock territory all in the same track. Lackadaisical adjectives like “Americana” are inaccurate; but so is “singer-songwriter.” His new phenomenal new LP, The Lights from the Chemical Plant (out tomorrow) is sure to confound those looking for some easy keywords, because it defies categorization – it’s unique, while not being self-indulgently experimental. Some of this is due in part to Robert’s broad personal consumption of music – he listens to hip hop and rap as much as, if not more than, the Bakersfield era — while some is due to his extreme virtuosity which allows him to easily articulate concepts through the six-string lexicon that might boggle the brains of even the most studied guitarists. Most is due to his innate appreciation for the craft of the song; for storytelling, for what music does to teach or emote or empathize better than anything else.

The song performed for us one chilly Friday afternoon before Robert left for Europe is “Steady as the Rising Sun,” written with a little help from Taylor Goldsmith of Dawes. When I tried to explain it to my mother later that weekend, I simply said “classic.” Not retro; just classic – and I meant that more as a prediction of what will come of it than anything else. Watch this video, shot by the indomitable Sean Kelly, and you’ll understand what I mean. Catch Robert in town on March 3rd.