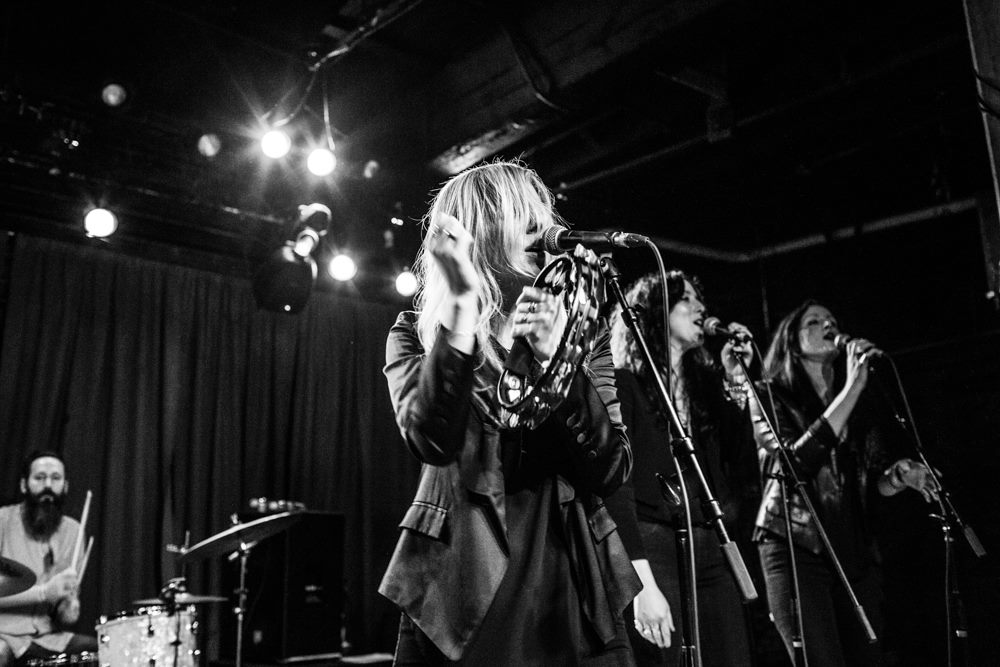 One of our favorite local songstresses on her top Nashville Olfactory Memories, from fried bologna to alcohol swabs.

The first time I saw Jessie Baylin sing live was about a month or so before I moved to Nashville, around the corner from my old apartment in Ridge Street on the Lower East Side of Manhattan, at Mercury Lounge, a place I still confuse in name with Mercy Lounge on an almost daily basis. Is it Mercy? Mercury? Merciful? I still can’t get it straight. Anyway.

The show was on the early side, and I wandered over alone, hovering by myself in the corner of the venue waiting for Jessie to take the stage, clutching a beer, looking around at the audience and wondering how many of them would be my new neighbors (answer: quite a lot of them).

I had fallen in love with an early preview of her record, Little Spark, a few weeks earlier: a perfect collection of pop songs in the spirit of 60’s and 70’s chanteuses made thoroughly modern by her unique vocal tone, lush instrumentals and self-assured lyrics. It’s ballsy, really, to make music unafraid of upbeat melody, not drenched in miserable psychedelia or equally zoned out by guitar fuzz, but to do it without wandering into trends or mainstream tricks – no banjo, no autotune, no hard synthline to save the day. Jessie’s music isn’t easy to confine by modern genre guidelines, and that’s a good thing. You can hear the introspective, grittier side of her New Jersey roots mingle easily with a sun-swept California wash that lingers over each track; it all hovers in a true middle land of emotion, a place where most of us live but seldom find converted to song. Seeing her perform live (in leather leggings and a drapey top, a mix of East Village street and Stevie Nicks) further solidified my adoration: my only disappointment of the evening was that I had chosen to go alone, and couldn’t turn to a friend and whisper in their ear how good Jessie was in-between songs. Instead I got a slice of pizza on the way to meet someone uptown, and played the taxi driver her EP on my iPhone all the way up the FDR drive. 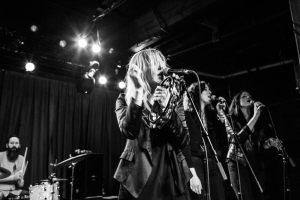 I listen to Jessie Baylin a lot, and I think about women like Jessie Baylin more than I might like to admit. I wonder daily about those who can juggle creativity and a career in the music business with family, motherhood, all those things that are supposed to make our lives less than what they were when we were single and childless, or what they could be if we, well, were men. We have a slew here in Nashville who do this on a daily basis – like Jessie and Karen Elson – making it look possible to be yourself as an artist and also be a parent, crossing over where they may, or not at all.

And I will be there on Friday night when Jessie plays Mercy (Not Mercury, not Merciful) Lounge, her first headlining show here in Nashville since I moved, since Little Spark, since we both had babies but still like to wear leather. The only thing that hasn’t changed is how often I listen to that record, and how eager I am for her to release a new one.

With that, we bring you Jessie’s Nashville Five, on her top Nashville Olfactory Memories (plus three extra for good measure). See her Friday night with the Watson Twins, tickets here.

1. Station Inn circa 2006 – popcorn, cheap beer + sweet powder perfume from the regulars all swirl together to make up some of the most romantic moments of my young adulthood. It wasn’t packed with hip folks, there was always a nice, cozy corner to slip into.

2. Giovanni’s Red Sauce – i can’t tell you how comforting it was a couple years back to be able to sit at the bar at 3:45 in the afternoon and have a taste of home. As soon as the garlic hit me, i felt whole again.

4. Fried Bologna Sandwiches – since i was a kid I’ve always lived for the smell of this sandwich, so naturally i love a drunken opportunity that justifies having one at Robert’s. i ate two at my bachelorette party, always have one after a show downtown, and have been known to slip in during a Sunday afternoon to let one cure what ails me. There’s nothing better than when that thin slice hits the flat top…

5. First time at Radnor Lake – it was barely 7 am & they had just chopped up a ton of Christmas Trees and laid them out on the trails.

6. My father’s hands –  he’s always cleaning something at our family restaurant in new jersey. the scent of bleach has been strangely comforting.

7. Grandma Dill’s Basement – flour, musty water + fermented grapes. i would help her make pasta for hours down there and i loved to sneak away into the wine cellar & just breathe it all in. it was sour but completely intoxicating to me.

8. Downtown Santa Fe – my parents moved me to Los Angeles when i was 18 and we got stuck in a snow/ice storm on i40 outside of Nashville coincidentally for 12 hours straight. The only food we had was corn nuts. We had to make up time once we were able to get back on the road and we pushed through all the way to New Mexico. when we opened our car doors, i felt like we were blessed by the west. piñon wood and smoke totally made me believe in the future that was in front of me.