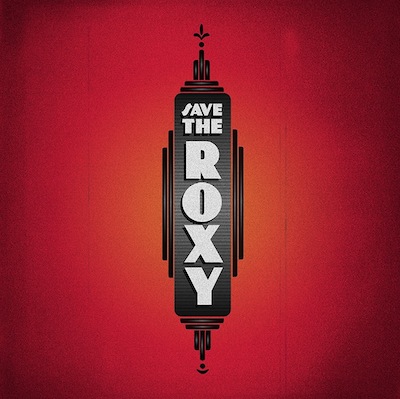 The *repeat repeat frontman on the efforts to resurrect an East Nashville ghost. 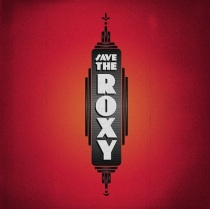 By Jared Corder, of *repeat repeat (playing on Monday at our Lou Reed tribute at the Stone Fox) :::

I underestimated the power of community.

I was approached to book the music for an event at The Roxy Theater,  despite the fact that although I have lived in East Nashville for three years now, I can honestly say that I had never heard of it before. So I met with Dane Forelines, the person heading up the entire revival of the building and the event, and he gave me the details on the building.

It used to be a movie theater, and has been around since 1937. With East Nashville growing so fast it’s seems insane that this theater hasn’t already been revived or been demolished. It’s just sitting there, vacant. Having once worked at the old Tower Records building on West End, I was no stranger to the city destroying a historic building with the promise of some corporate dollars. Who needs history when you can have another Hilton hotel, right?

There’s a lengthy backstory about the lease on the building and who had the proper ownership, which is why the building has been in limbo for some time now. The building now is under the ownership of Bob Solomon (former owner of the Eastland Studios) who has gone back and forth on what he wants to do with it. Dane Forelines decided to really step up and show people what this theater could really do for the community.

The theater is on Meridian, in the “other” side of East Nashville. Not the Shelby area, not 5 points, not Inglewood. The part of East Nashville that still is relatively untapped. It is so cool. Upon entering the theater, you can feel and smell the history in its walls.

I was asked to book the artists for the event, and I wanted to get some great bands that not only I loved to work with, but would love the cause and the importance of the event. To my surprise, every band I contacted confirmed on the first go-round. That almost never happens (especially with 13 bands). One band is coming back early from Chicago just to play the show. Every band almost immediately thought the building and the show would be a great opportunity for them and for the community. It was really incredible to see all the bands be excited about a free concert…That doesn’t happen too often.

Bands like Buffalo Clover, Jon Byrd, and Blackfoot Gypsies are East Nashville staples. I was approached by a few amazing bands that were new to me, like Youngest Daughter. Not only is the lineup eclectic and diverse, featuring everything from country to blues rock to folk, but from 4pm to 6pm on Saturday they are showing the original “Planet of The Apes” in the Theater. Just like in the 40’s.

Now this seemingly ignored building is getting more attention than I could have ever imagined. It is awesome to see the community come together for a building that could have an amazing presence in the East Nashville area.

The music starts at 11am, and the event goes until about 7pm, with a concert happening in the Roxy from 7pm to 10pm. There will be music all day inside the theater and outside, and also retail and food vendors, drinks and more.