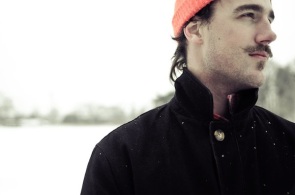 Editors note ::: if you’ve been following our blog, you may have noticed that Emily and I have a tendency to overshare. This, dear Nashvillians, is intentional (or unavoidable, depending on how you like to look at it). We figure if we’re going to talk to you about music, and ask musicians to do the same, we ought to not hide behind the (fire)walls and let our stories (read:neuroses) shine through. Which is why I love this piece by Emily, on her top New Breakup Songs by Nashville Musicians. This city oozes with heartbreak, as any place filled with humans, whiskey and weak willpower does, but, from Dolly Parton’s “Jolene” to Jack White’s Blunderbuss, has a particularly unique way of spinning all this agony into song. Here, Alanna Royale, Cale Tyson, Escondido, Torres and Rayland Baxter help pull Emily out of lovelorn funks and tearful turmoil. – MRM

P.S. if you like what we do, we’d love for you to vote for us in the Best of Nashville.

1. Listen To Your Momma /// Alanna Royale ::: Alanna Royale sings that she should’ve listened to her momma, when she warned her “that boy’s no good, that’s what she told me, he’ll bring you down for good, well you know she tried to warn me.”

There is only one thing that is comforting about heartbreak in Tennessee. It is knowing that even a woman as badass as Alanna Royale, with her no frills attitude and a mouth that rivals my own penchant for uncleanliness, still must sometimes admit, our mothers are always right.

The trinity of an upbeat brass section, fast-tempo bass line, and the sultry sound of Royale’s voice make this the perfect song for two different occasions in a relationship. Usually, it is an overdue epilogue, when you notice with little shame that the subject of your affection was just another joker masquerading as a poet. Sometimes, it ties nicely into the climax, when that torturous glimmer of hope causes you to confront said joker, hoping he’ll surrender his wily ways. Rarely does this happen. Charisma is a fool’s drug. Listen to your mother next time.

2. Not Missin’ You /// Cale Tyson ::: It took me approximately one and a half weeks to get over the last person I dated. This duration of time was mostly due to the beer he left in my refrigerator; creating a mental association between Dos Perros and one man is not a good idea, because I like Dos Perros. Sending him off to Neil Young’s “A Man Needs A Maid” contributed to the next episode of sadness. This was unfortunate, because I really love Neil Young.

As soon as the wells of beer ran dry, and Harvest had been worn to its barest bone, Cale Tyson’s newest EP landed itself the primetime slot in my heartbroken melodrama. High on Lonesome I was, and let me tell you, there is nothing more cathartic than listening to the old time sound of a fresh-faced, blue-eyed songwriter who moans your innermost sadness with little discretion toward diplomacy.

Though all seven tracks serve up a nice dose of honest heartache, Not Missin’ You is my personal favorite; it epitomizes that bittersweet moment when you finally wake up one morning, and that person doesn’t surface in your mind for a good thirty minutes. Progress. It’s also quite difficult for me to understand why any woman would break Cale Tyson’s heart; and I’d rather get angry with humanity than down on myself.

3. Escondido /// Special Enough ::: Though my narcissistic and defiant tendencies seek to fault others in past relationships, there have been times when my own poetic ambling squandered a minor flame. Once I was involved with a man who was hardly a musician; he was a scientist, and he was my best friend. I had an admiration for his stability and intelligence, and I sought to perceive the world as he did- a combustion of molecules whose points of intersection could be plotted on a spreadsheet. I tried to insert him as the missing variable in an equation that should add up to content. But as Dylan says in Chronicles: Volume 1 about his ex-wife: “The one thing about her that I always loved was that she was never one of those people who thinks that someone else is the answer to their happiness.”

When I first ran though the spaghetti-western template of “The Ghost of Escondido,” each track translated for me different versions of love, with varying intensities. “Special Enough” bid farewell to this particular person. It was the first time that I was sorry I left someone the way that I came, as an abstract thinker and artistic mess, with the capacity to view the world through ink-blot interpretations. The song conjures up imagery of a bittersweet goodbye, the steady drumbeat propelling one foot down a rain-soaked hill, the tip of a former lover’s hat the only visual left in sight. It signifies a moment of mutual acceptance, as Jessica Maros sings, “Surely the miles and the hours and days will take your heart further away, to show you you’re special.”  The evocative sweetness of this story tells of love that doesn’t end in hatred or blame. It just ends. It is the kind of relationship where compassion runs so deep, you wish another, better love to come along for them.

Though I had hoped the love he deserved wasn’t so near on the other side of that hill.

4. Honey /// Torres ::: The intensity of heartache is often mirrored by the intensity of its accompanying song. I was once debilitatingly infatuated with a person with whom I had nothing in common, save for an airy personality and an affinity to cloud gaze in parks. Bad romances are a distortion of childlike wonder.

The worst kind of relationship is the kind that exists ninety-eight percent within one’s own mind, where we feel compelled to bandaid the emotionally distraught in an attempt to salvage our own perverted sense of self-worth. It’s a futile and entirely internal war.

During this phase of bed-locked afternoons and heavy cigarette smoke, Torres’ Honey was the overarching song that gave life to all the hours. “Haunting” doesn’t suffice in explaining the spooking intimacy of Mackenzie Scott’s voice. It mimics a eulogy’s harmonic softness in one verse, opening into the desperate, percussive rumblings of unsolved grief. The earnest torture invoked in simple lyrics- “Honey, while you were ashing in your coffee, I was thinking about what you’ve done to me” – exorcises the trauma implicit in infatuation, the kind of relationship that wraps our minds in the cobwebs of old data that remain loyal to the remnants of a broken psyche.

Heavy were you on my mind, except that when I sat down to write this, it took me twenty minutes to remember your name.

5. Rayland Baxter /// The Woman For Me ::: For me, this song is about no one in particular, and that no one is more poignant than any of those flustered engagements with all the wrong people. I’m a folk person, usually drifted off in a cloudy reverie, and no one means much more to me than someone, because nothing is all that exists. From nothing, you can build everything.

Even for those of us inclined towards visual thinking, it’s difficult to compose an image of the non-existent as masterfully as Rayland does in “The Woman For Me.” There is an ease to the song’s lyrical progression; his imagination makes manifest the perfect kind of love, countered by the very human tendency to doubt its impending arrival. The song floats over a Tennessee summer as a warm and welcomed breeze; it is the surrender that comes in an unanswered supplication: “But I hang around this old town, dealing with the same crowds in the street, will I ever see… It don’t matter where I go, it don’t matter what I see, cause I ain’t ever gonna find the woman for me.”

One day, years ago, I fell in love with an organic farmer/folk singer I met out east, who told me we’d meet again in Nashville, Tennessee. Now I find myself, like Rayland, atop the hill, peering down at this sparse urban landscape, laughing at the lovelorn escapades the city contains. Maybe eventually that farmer will be passing through, and he’ll end up being the man for me. But he was probably just crazy, and I was too young to see.