Skip to content
The Lonely H is the answer to my prayer for a modern Jackson Browne. 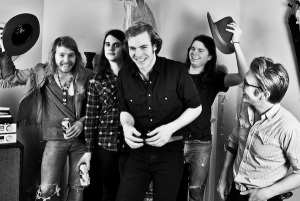 In my youthful mind, the Pacific Northwest is America’s promised land; I perceive it as a kind of utopia where bookstores line the underground and neighbors gather buckets of rain for drinking water. Perhaps this is due to my limited experience visiting Seattle and its surrounding area, but I am afraid to ever take up residence in my self-decided literary nirvana, for fear it will never compare to the expectations I have imposed. Remember, expectations precede death sentences.

Because of this, I tend to take the opinions of Pacific Northwest folk to heart, which is either sickly impressionable or supremely intuitive; I’m not sure which. But when a group of long-haired roots-rock musicians from a small town in Washington move to Nashville, impression and intuition merge into an indistinguishable blur.

The Lonely H is this band for me; their recently released self-titled EP composes a dirge of love lost to mildly upbeat roots-based rock. Songs like “When You Don’t Call Me” somehow manage to combine Rick Danko‘s “It Makes No Difference” croon with the soul of the Delfonics, birthing a sound that is refreshing though familiar in its roots. The melodies are memorable and empathetic to the sweet taste of heartbreak’s masochism, with each track running a score of subtle grunge below wholesome sounds of the American heartland. The Lonely H is the answer to my prayer for a modern Jackson Browne.

Below are frontman Mark Fredson‘s top five favorites in our southern city. Read it, and join me on an adventure to Madison, TN. It’s the right season to be running on empty.

We used to show up to venues way before they opened when we were on the road. We barely ever stayed in hotels, opting for the cozy hardwood floor of a new friend’s house instead. So right as the bartenders were showing up around 6 or 7 at the 5 Spot for that night’s show, we were there in the front with no place else to go. Four dirty, tired long hairs looking for refuge. One kid that couldn’t have been much older than us let us in and, seeing the hunger in our eyes, made us all sandwiches on the house. The local act had canceled that night and the promoter took it upon himself to round up all his buddies so we didn’t have to play to no one. He hadn’t even heard us play yet. His friends showed up and the show was way better than we expected. 6 months later when we showed up to Nashville at 3 AM with the van packed to the brim, ready to set up shop, our first stop was the 5 Spot. They poured us shots and beers as they were closing. Now, three years later and a ton of shows, 3 band members work there, including the guy who made us the sandwiches.

We had some days off on tour and one night we went to our first 8 off 8th. It was a Heypenny single release. The lineup was killer, Madi Diaz, Mikky Ekko (in face paint and overalls mode) Keegan Dewitt and of course, Ben Elkins’ band, Heypenny and more. I don’t think they had even released a full-length yet buy here everybody was covering the 4 or 5 songs they had in their catalogue, repeatedly. Everyone put their own spin on the tunes. The love for this band was universal. There was no competition I could see, just a bunch of local artists supporting one of their favorite bands. When people would ask me why I was moving down to Nashville in the money-saving period before we made it back down, this would be the story I would tell to give them an idea.

I’ve been coming here for 2 years, and it just keeps getting better. The first time I went, I got one of every taco. I failed to recognize the Spanish word for Tripe on the menu. I got it down though, with a little help from a frosty Pacifico. Hands down, my favorite restaurant in town. It’s unpretentious, cheap and the fish tacos with their jalapeño sauce makes me happy.

This place blows my mind. I mean, who would’ve thought there was such a thing as a clean bowling alley? I don’t think much has changed in this place since ’83. I think they just got a credit card machine. Plus, you can’t go wrong with 75 cent pool and Delilah on the radio. I still haven’t broke 200, but I guarantee you I will at this place.

Once again, this place blows my mind. Located in the basement of an old, out of commission hotel and restaurant, this bar has everything: An old Cicilian, a drunk Walgreens clerk singing along to the Dixie Chicks, Godfather-esque decor, and an abandoned hotel lobby with a clothes rack full of brand new pleather jackets for sale. Once a live music venue, Smeraldo’s stage is now graced by dust only, reminding the few patrons of a thriving Madison long since past.