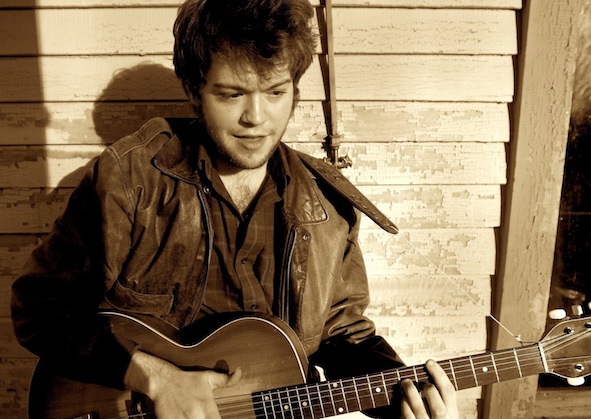 Hull recognizes that every story has an end, that the only thing we can't resist is changing experiences. 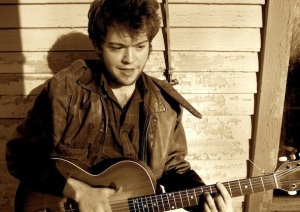 Summer is the most difficult season to navigate, due to unreasonable expectations that fail to ripen, past experiences indicating that for some reason, irrepressible heat and continued work obligations will segue into innocent recklessness and frivolous romance. Expectations precede death sentences. I blame it on the Summer of Love. Sadly, we are not in San Francisco, and a man did not just land on the moon.

For this reason, I’ve found myself increasingly turning to local singer-songwriter Jordan Hull’s album, Who’s Gonna Teach You How to Live? for some solace in this stretch of interminable summer. The album begins with “O Brother,” the prelude to what could be a zen manifesto; Hull recognizes that every story has an end, that the only thing we can’t resist is changing experiences, getting off at one platform and picking up another life along the way to nowhere.

“By The Light Of The Moon” concludes the album, on a note wrought with human expression, completely antithetical to the spiritual objectivity that prefaces the body of Hull’s work. He croons about love-that if it hurts you, you know it’s real- a line that defies any wisdom signaling pain and romance as an egoistic concoction submerged in unreality.

This is what makes the album beautiful; it is pure confusion, straddling lines between the world of what we know, what we feel, and where we aim to be. It’s hard not to visualize Jordan Hull in a romanticized 1960’s Greenwich Village, slunk down in the corner of Cafe Wha?, contributing timeless folk music to an era in which authenticity was the key to success, and everyone crafted themselves into unbelievable characters in order to fit in with the sincere.

Hull’s lyrical prowess dwells with the best in today’s present-day songwriter hub. The circular acoustics in “Bitterness Wins” underscore a sad lullaby; its lyrics sing woes simply. It’s his honesty in lines like “I don’t believe that there’s no one there for me/that’s just the way it seems to be” that succeed in mirroring the confusion of relationships through the raw truths to which we are subject.

The fourth track, “In The Summer,” fits nicely into the puzzle of heat exhaustion and summertime blues; its lightheaded imagery of “two lovers… crash landing in the heaven’s heap” illuminates our expectations of sweet, summer loving vibes. Lately, it’s this track that’s been on repeat for me, whether due to the irony it casts over a Nashville July, or in the spirit of imagining scenes that, coupled with a subtle shift into an “O Brother” perspective, could one day come to be.

Tomorrow night, “In The Summer” will be featured at the end of an episode of the T.V. show Camp on NBC. I’ll be tuning in, to see if the song usage correlates with my own self-created dramedy, or if in fact, the fictitious characters are happily heaped inside their own summer of love.