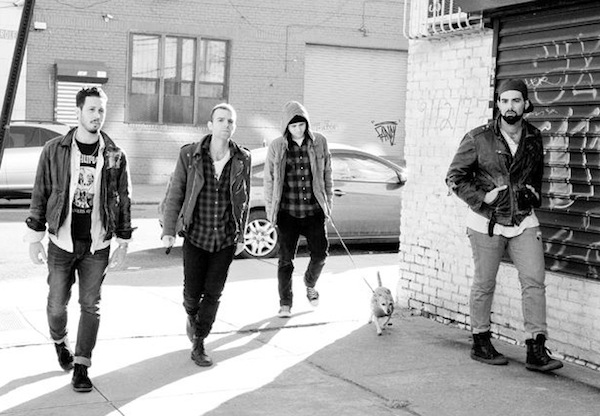 WATCH NOW ::: the first video in our Lockeland Sessions acoustic series, starring Brooklyn's The So So Glos.

Welcome to Lockeland Springsteen’s first video in our new series, The Lockeland Sessions, where we ask some of our favorite local bands and in-town touring acts to come over, unplug and record an acoustic tune right here in our Lockeland Springs headquarters.

It seems only appropriate to our NYC heritage that we kick things off with The So So Glos, a band from Brooklyn who was in town to play the Stone Fox with their buddies, Diarrhea Planet. Watch them do an exclusive version of their song “Diss Town,” right here (video by Neal Dahlgren /// photos on our Flickr page by Cameron /// write-up below by Emily ) :::

There is an anthropological concept known as “the other,” in which someone defines themselves based on a series of traits that contrast the predominant culture of a region. Without getting too academic, it basically means that a person’s self-perception is drawn by the opposing qualities of their current residence. As a New Yorker, this is often how I feel in Nashville. As a Nashvillian, this is often how I feel in New York.

The So So Glos’ arrival in Nashville marked a turn in my tendency to categorize myself based on the concept of “the other.” A punk-rock band from Bayridge, Brooklyn, the group’s sound, look, and persona embody New York. They are a diverse group of straight-shooters, who unabashedly sing political and cultural commentaries atop the sounds of three guitars and ironically jovial voices. They make me long for home, and I call up my mother immediately after the video session to falsely allude to the idea that I might just move back to the land of bagels, schmear, and schul.

During their show at The Stone Fox, the band got off stage halfway through their first set and physically pulled the timid Nashvillians closer to the stage. “We might seem abrasive, coming from New York, but we’re just like you,” they say. “We’re just trying to dance.” The audience responds well to this NYC frankness, suddenly dropping their studious gazes for classic, uninhibited appreciation of punk rock n’ roll. It makes me proud of my new city; I think of what could have been should Annie Hall’s family been more receptive to the idiosyncrasies of Woody.

For me, this video session marks the melding of two worlds, east and south. For you, I hope it portrays the blunt talent of my native city, inside the magical confines of one of America’s most admirable music scenes.

And at the very least, you will enjoy the cameo of Penny, The Cat.