Because we felt the only way to properly bring you SXSW was through the eyes of someone playing, not watching (and drinking).

Nashville after SXSW is a little bit like the first day back from spring break in high school – the halls are crowded again, your friends are either more tan or more pale (thanks, tequila) than you remember and the question of “how was your trip” is either greeted with an eye-roll or a mischievous grin. Now’s the time when stories are shared: the good, the bad, the long lines. I don’t know about you, but I don’t care about Stevie Knicks, Dave Grohl or Prince – not in general of course, but with over 4,000 bands attending Southby from all over the world, I want to hear about the little trio who made even the most jaded critic’s hair stand on end, the hometown heroes who reclaimed the festival from the onslaught of marquee names who have tried to co-opt it its sole mission.

On such person is Kelsey Waldon, one of our favorite local classic country crooners, who hit SXSW for music, sun and a little Townes Van Zandt. We asked her to keep a photo diary of her adventures, because we felt the only way to properly bring you the festival was through the eyes of someone playing, not watching.

I flew into Austin from Nashville (Via Denver) on Tuesday afternoon. I couldn’t resist this sky shot as my plane was leaving Denver! I went from 30 degrees and snow to 80 degrees and not a cloud in the sky…in beautiful Austin, TX. 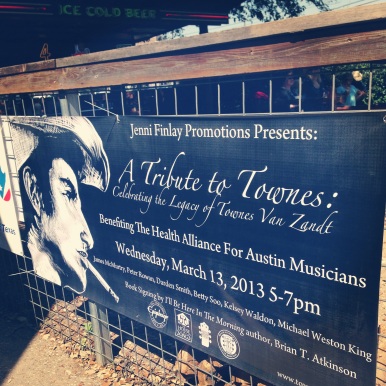 On Wednesday, the 13th, I was proud to play a Townes Van Zandt tribute show and book signing for “I’ll Be Here In the Morning” by Brian T. Atkinson at Threadgill’s South World Headquarters! Legendary artists such as Peter Rowan and James McMurtry also performed at this special event. Being one of the only artists on the bill that wasn’t from Texas, it was an honor to be accepted into the line-up and honor a fabulous Texan, The Health Alliance for Austin Musicians, and one of my heroes. 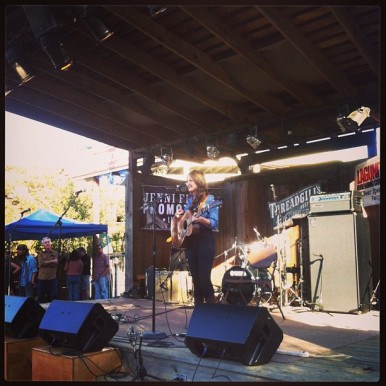 Here I am on stage performing “To Live’s To Fly” and “Pancho and Lefty”. Thanks to miss Emma Swift for this photo! It was a beautiful day. 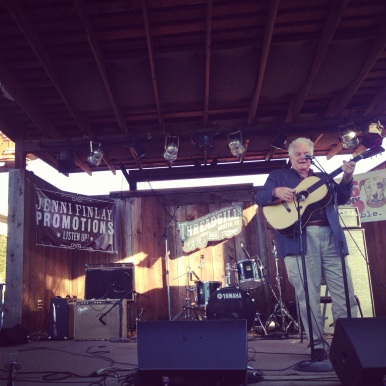 As if that wasn’t enough, I got to perform right before the great Peter Rowan…and then watch him afterwards! He told some great Townes co-write stories. 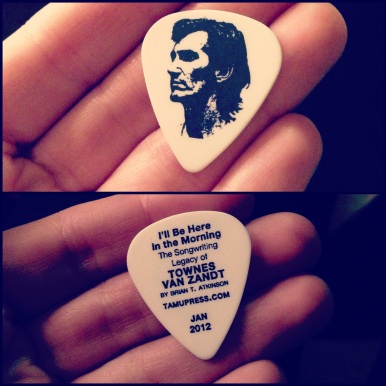 Brian Atkinson was nice enough to let me crash at his place for 4 nights. When I got off the plane, these guys were on my pillow. Any songwriters, aspiring songwriters, fans of Townes Van Zandt, or just lovers of a great read, should go pick up “I’ll Be Here In The Morning: The Songwriting Legacy of Townes Van Zandt” by Brian T. Atkinson. FOR-SURE. 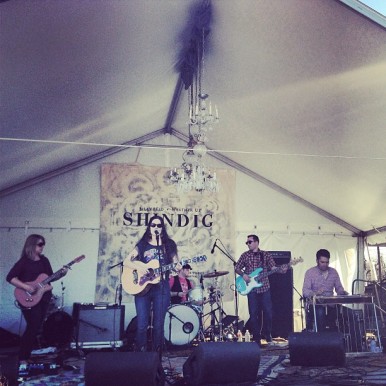 Some of my favorite Nashvillians, Lilly Hiatt and The Dropped Ponies, rocking the hell out of the Billy Reid Shindig!! After Lilly, I also got to catch certified badass, Ray Wylie Hubbard, for a solid set of all the hits you know and love. 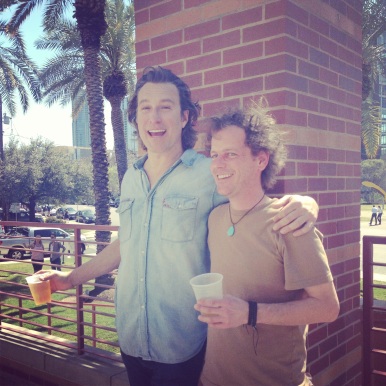 John Corbett and Brian Atkison are picture perfect. Yes, that is “Aiden” from Sex and the City…ladies… 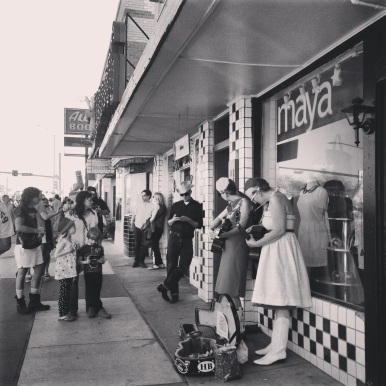 From where I was seeing it, Friday on South Congress was full of incredible FREE shows, free beer, amazing food, and some pretty laid back and fun folks. Here are a couple of gals busking on the street.

Squash Blossom Vintage (out of Austin) snapped this shot of me shopping at their place by The Hotel San Jose! Can’t forget about the gems you can find out here!!