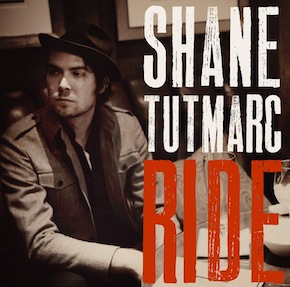 – We’re open fans of Shane Turmarc, and closeted fans of Lana Del Rey, so imagine my surprise when Shane released a cover of LDR’s “Ride.” Grab it over here at CD baby.

– It’s Valentine’s Day tomorrow, and nothing says “love” like sweet songs about its first beginnings; about those intangible moments when a relationship turns from casual to full of possibilities, blossoming in front of you like the open road. Nashville’s Andrew Leahey & the Homestead tackle both of these things in the new video for “Little in Love,” the first track from their upcoming EP, Summer Sleeves (out April 2). While the video evokes the life of a musician – long hours in the car, in the studio, hopping from town to town – the song does the same for the early stages of a romance: staying up until the sun comes up, those initial negotiations between two people just getting to know each other, the possibilities of new love. “I wrote ‘Little in Love’ on the way back from SXSW,” says Leahey. “Two bands were riding home in the same car, meaning we had nine exhausted people — along with a bunch of gear, luggage, merchandise, etc — stuffed into one conversion van. It could’ve been a terrible drive back to Nashville, but it wound up being easy. Enjoyable, even. I started thinking about those fleeting moments where everything seems so promising, so perfect and infinite.” Abridged-cross-posted from my post on American Songwriter, where you can watch the video and check out the swell new website redesign.

– Daniel Ellsworth & the Great Lakes have a new Daytrotter session.

– Andrew Combs will be joining Caitlin Rose on her UK tour.

– Paul McCartney‘s son will play the Bluebird Cafe in June.

– Sensibility Music (home of The Civil Wars) will release the soundtrack to A Place At The Table on 2.26, featuring original songs and music by The Civil Wars and T Bone Burnett. The label will donate their net profits and 100% of the producer/artist royalties received to The Participant Foundation. The documentary itself will be released in March, and covers the dire hunger crisis in America. Watch the video for “Long Time Gone” featuring the Civil Wars and T Bone Burnett: