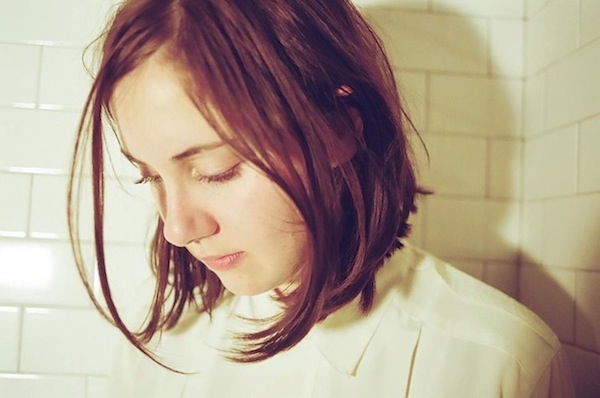 The Basement at full capacity begs a slew of self-diagnoses, (claustrophobia, hypochondria, and generalized anxiety disorder), that not even cash-only Shiner Blocks can assuage. It is chock-full of faces I know, for one reason or another, and for a second I scorn this big-city small-town, because I can’t lift a beer without elbowing a friend of a friend.

It takes a voice like Mackenzie Scott’s to make me forget about the tangential connections in the audience. It is a voice that flawlessly combines angelic soprano with a sinister bass, and silences the peripheral noise. Scott, who plays under the name “Torres,” takes the stage in an unassuming Texan getup, with an electric guitar and a full-band whose instrumentals match the rumbling desperation in her voice.

She opens with the album’s first track, “Mother Earth Father God.”  The song begins with a strong minor-chord bass line and the lyrics “I was born on bloody battle ground/to the middleman/between two realms.” Torres’ voice calls forth that higher realm, but the instrumentals are grounded in the grumble and grime of an earthly plane. It a true artist who can skillfully carve a theme through an instrumental-lyrical dichotomy, and unconsciously or not, the audience bends to its showcase.

The second song, “Honey,” yields another demonstration of painstaking sentiment; this time, it’s that seductive masochism that accompanies a deceitful relationship. Somehow, Scott manages to write lyrics that mimic a universal heartbreak, without seeming either trite or overwrought with melodrama. Her voice sounds raw as she sings, “Honey/while you were ashing in your coffee/I was thinking about telling you/what you’ve done to me,” and she escalates the tone from numbed observation to sheer anguish.

The whispering harmonies and evocative lyrics of “Jealousy and I” welcome the audience past the threshold of the album; with this song, and with Scott’s expert range and vocal prowess, we are sufficiently tucked into the world of her emotional suffocation. Between the tall tangential characters and buckets of beer, Mackenzie Scott’s eyes pierce through the audience. She looks in joint rapture and possession by the sounds that escape her mouth, carrying the crowd into an intimate vacuum. Rarely have I seen an artist garner such an empathic response with wide eyes, personified sentiments, and expressive harmonies. But Scott succeeds, and the venue is suddenly made more claustrophobic, by the accompaniment of each audience member’s own jealous ghosts.

“November Baby” offers us a reprieve from the intensity of the previous three songs, but the soft folk sound still captivates. Scott manages to use impressionistic images (“that night I banged on winter’s doorstep/for just a look at your face”), to paint nostalgic shadows; each word testifies to her ability to hone her craft through more than just passionate and exclamatory sounds.

Something strangely paradoxical happens as the set list continues. For all the emotional exhaustion Torres implores us to explore- the valleys and mountains replete with heartbreak and existential uncertainty- she somehow leaves the crowd more energized than when they arrived. In part, this is due to the awe that her voice inspires. But on a deeper level, the haunting energy of the minor sound, combined with an unassuming presentation, acts as a catharsis for any audience member with half a heart and a locked-away story. By the time that Torres finishes her set, I am left rejuvenated, regretting only that I emptied my wallet on bottled intoxication that Torres manifested through her unique and emotive performance. As I leave The Basement, I feel purged of hyperbolic reactions, inspired by an art form, and most of all, glad that I live in Nashville, Tennessee.