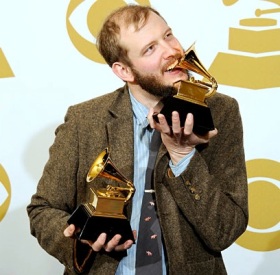 –  The Grammy Nominations Live (that weird thing hosted by LL Cool J where people preform one song and then pretend to be surprised when they are nominated) is coming to Nashville on 12.5. I’ve always had the boring, unoriginal thought that movie events should be in LA, theater and art events in NYC and music events in Nashville – particularly award shows. This is music city after all. Yet, the actual Grammy awards will continue to take place at the Staples Center – because even more important than where music comes from is where celebrities are! Oh well, at least we get LL Cool J.

“Having The GRAMMY Nominations Concert Live!! in Music City is a perfect fit,” said Nashville Mayor Karl Dean.  “This announcement further validates that Nashville is a destination on the rise, and our rich musical heritage has once again put us on the national stage. This is tremendous news for Nashville, and we look forward to working with The Recording Academy to ensure the show’s success.”

The whole thing  will happen at the Bridgestone and air live on CBS Wednesday, 12. 5 at 9 p.m. CT.

Maybe there will be a little hometown love nominating for Jack White and the Black Keys (and yes, music row, natch). Do we care? Do they care? What’s the meaning of life? Who is Eperanza Spaulding? Is that a meat dress?