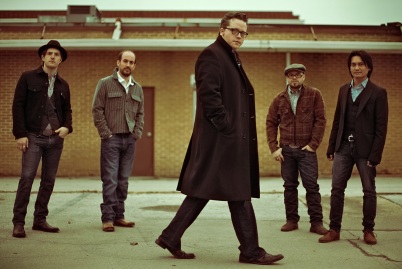 – Good news, Jason Isbell & the 400 Unit fans: the band has added a gig at Mercy on 7.12.I’ve been lucky enough to catch Jason recently solo – once as part of a Tin Pan round, and recently in New York with Amanda Shires at an intimate gig at City Winery – so I’m looking forward to this night with the whole crew. Tickets here.

– Also coming to town: Dawes. The show will be at Cannery on 8.12, and tickets are on sale 6.29 at 10 a.m. Watch a video of them behind the scenes during their summer tour here.

– Jessie Baylin (whose LP Little Spark is in frequent rotation, and we’re only reporting on this so we can urge you to spin it, too) and her husband, King of Leon Nathan Followill, are expecting their first child together. Congrats, kids!

– Nashville Scene has a ticket giveaway for Friday’s Myanabirds show at the High Watt. Be on the lookout for a feature we penned in the issue tomorrow, and make sure to enter to win – the band’s newest record, Generals, commands to be heard  live.

– Hunter Hayes and the Flaming Lips are trying to set a world record together?

– B.o.B and Taylor Swift made a video together in Nashville.