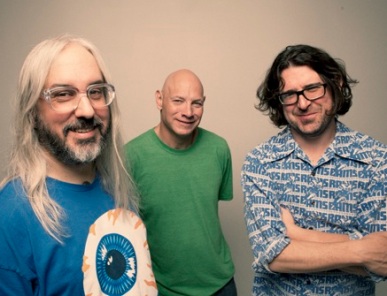 – Dinosaur Jr. is back – both in Nashville on 10.1 at Mercy, and with a new album, I Bet on Sky, out 9.18. From the press release: “I Bet on Sky is the third Dinosaur Jr. album since the original trio – J Mascis, Lou Barlow and Murph – reformed in 2005. And, crazily, it marks the band’s 10th studio album since their debut on Homestead Records in 1985. Back in the ‘80s, if anyone has suggested that these guys would be performing and recording at such a high level 27 years later, they would have been laughed out of the tree fort. The trio’s early shows were so full of sonic chaos, such a weird blend of aggression and catatonia that we all assumed they would flame out fast. But the joke was on us.” Tickets on sale 6.22 at 10 a.m. here.

– Wild Cub is releasing their debut album Youth on 8.14th via Big Light Recordings. Fresh off of Bonnaroo (and doing a Nashville Five for us), they will also open for Snowden at Mercy on 7.29. The album’s first video, “Wild Light” (directed by Will Holland and Ryan Kendrick), can currently be seen here, where you can also download a free MP3.

– Paste has compiled “12 Tennessee Bands You Should Know,” which includes The Kingston Springs, Moon Taxi, The Apache Relay, Cherub and Vinyl Thief.

–  Daniel Ellsworth & The Great Lakes are heading out on tour, playing Nashville 7.19 at the Basement.