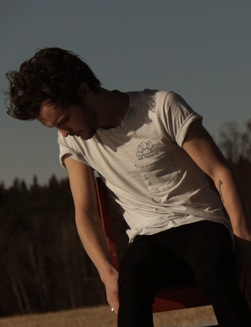 The Tallest Man on Earth, a.k.a Kristian Matsson, the slender Swede with a killer voice and knack for heartbreaking, raw folksongs is coming to Nashville on 7.23, playing Mercy Lounge (we’ll let you know when ticket details are available). He’s also released a new track, “1904,” which can be heard here, and his new record, There’s No Leaving Now, can be pre-ordered here. It’s out June 12. Cannot wait. UPDATE: tickets will go on sale 5.18 at 10 a.m.

– Alberta Cross is playing the High Watt on 7.16, in support of their sophomore album, Songs of Patience, out on ATO Records on 7.17.

-Also coming to Nashville: The Gaslight Anthem on 7.18 at Mercy,

– Not heading to Jack White tonight? You can enter to win a Hatch print anyway here. And head to Memoryhouse, at The End. Speaking of Mr. White, his Third Man Record crew have released something called a Triple Decker Poster. You can also hit up the Tailgate Party over on 7th at TMR HQ.

– The first performers have been announced for the CMT Awards.

– The Kingston Springs have a new video for the track “lover.” Follow the jump to watch: