Skip to content
So many favorites playing this weekend, so much sunshine, so elated.

“We’re all beautiful golden sunflowers inside.”

* East Centric Pavillion outdoor concert series with Buffalo Clover ::: I am so starved for outdoor music on a warm evening, this is a welcome neighborhood retreat. 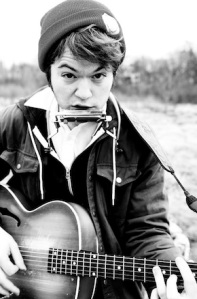 * Cause a Scene house show with Jordan Hull, Amber Rubarth, Gabriel Kelley, Sam Pinkerton ::: “Oh Brother” is the first song on Jordan Hull’s self-titled album, and features a short opening anecdote: Hull, cruising along the road, watches “trouble unfold,” as a reckless driver speeds ahead. He wishes that he could warn said driver of the deathly bends, but then again, he notes, “every story has an end.”

There’s a bizarre enlightenment in this morbid acceptance; it’s a clever way to open an album that praises the philosophies of transience and self-discovery. Hull, like many others, is a disillusioned former church-goer who’s explored Eastern schools of thoughts. Unlike many others, he has an uncanny ability to explain these practices through the written word. I think it would be pretty cool to meditate with Jordan Hull; as an old, Buddhist professor once said to me, “nicotine allows great thoughts to arise in one’s mind.” I think beer does this too.

Later in the song, he cites the easy life of a Union Square inhabitant. He’s not referring to today’s village, where I often revisit for my five-dollar manicures and lychee martinis. He’s harking back to a “freewheelin’ time,” when Dylan was playing obscure sets at Gird’s Folk City, when Simon and Garfunkel were casually hanging out in the coffee houses. So not only does Hull offer us a contextual meditation in this first song, he also reproduces the lifestyle of the New York refugees, the underground scene that has since boiled into the most iconic of all musical generations. All within two minutes. – E.K. 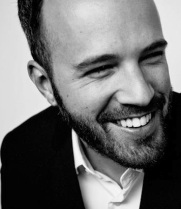 *Jacob Jones and Alanna Royale at the 5 Spot ::: You might recognize this face from behind the DJ stand on Monday nights at the 5 Spot, where he spins old time rock records and we all dance despite our level of drunkenness and/or ability during the Keep on Movin’! dance party. Now Jacob Jones has a new record, called Good Timin’ in Waynetown (out on the 29th via Electric Western). The single, “Play it Loud, Ray!” features guest vocals from Brittany Howard of Alabama Shakes, and the “songs, heavily influenced by the ’50s and ’60s records Jones spins on Monday nights, are soulful, hip-twisting rock ‘n’ roll numbers, embellished by Jones’ smooth tone and the occasional twangy lead or full horn section” (I stole that quote from my story on Jones in the Nashville Scene – cheap, I know). Good Timin’ in Waynetown is all about letting loose and having fun – so, appropriately, we also asked Jones to give us his 5 Nights Out In Nashville.

We are also big fans of the cool soul-meet-rock and roll Alanna Royale, with a vocal power and stage presence to blow you away.

* East Nashville Underground Lineup Party at the Stone Fox ::: find out who, what, when and where this East Nashville institution has in store for us this go-around. 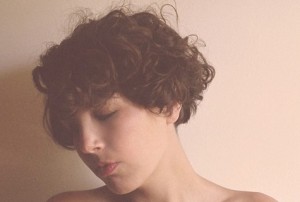 * Tristen, TORRES & Forget Cassettes at Mercy Lounge ::: Talk about a killer lineup – two of our favorites, Tristen and Torres, along with the excellent Forget Cassettes. Before I moved to Nashville, I had been listening a lot to Tristen. Not for any particular geographic-reason, but because songs like “Baby Drugs” and others off of Charlatans At The Garden Gate infected my mind; there was something so brilliantly unique about her voice and the melodies that blend the esoteric with the effortlessly catchy, a winking moodiness caged in jagged candy shells.

“You know she’s from Chicago, right?” a friend said to me after listening to her record, wanting to claim her to anywhere but Nashville (this was at a point when many of my fellow New Yorkers still found it odd that I wanted to move south – in the era before the articles in the Times, GQ, wherever else – i.e. Nashville before Nowville).

I explained that Tristen now lived in Nashville, but it didn’t quite matter. In her view, the lack of consistent “Americana” themes on the record indicated that Tristen must be living in Nashville by some weird happenstance; a job, a marriage, something beyond her control. Of course, she gets it now. It takes a train to cry. 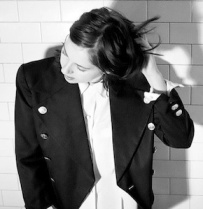 I hadn’t been living in Nashville very long when I caught Tristen playing a show at Fanny’s house of music in the neighborhood. A deadline had me working late, so I missed most of it, rushing in towards the end while nearly still tying my shoes. Three seconds of her performance – singing full-force with a hand mic, barely a few feet away from the small audience – and I was stunned by both the guts and beauty of it all. By Tristen most of all, but by the whole experience, too – I knew I moved to the right place. And I vowed never to be late to see Tristen again. Check out her Nashville Five.

As for Torres, here’s Emily’s words – “It takes a voice like Mackenzie Scott’s to make me forget about the tangential connections in the audience. It is a voice that flawlessly combines angelic soprano with a sinister bass, and silences the peripheral noise. Scott, who plays under the name “Torres,” takes the stage in an unassuming Texan getup, with an electric guitar and a full-band whose instrumentals match the rumbling desperation in her voice.” More here.

* The Sundresses w/Hotel War, Mystery Twins & Justin & the Cosmics at The End